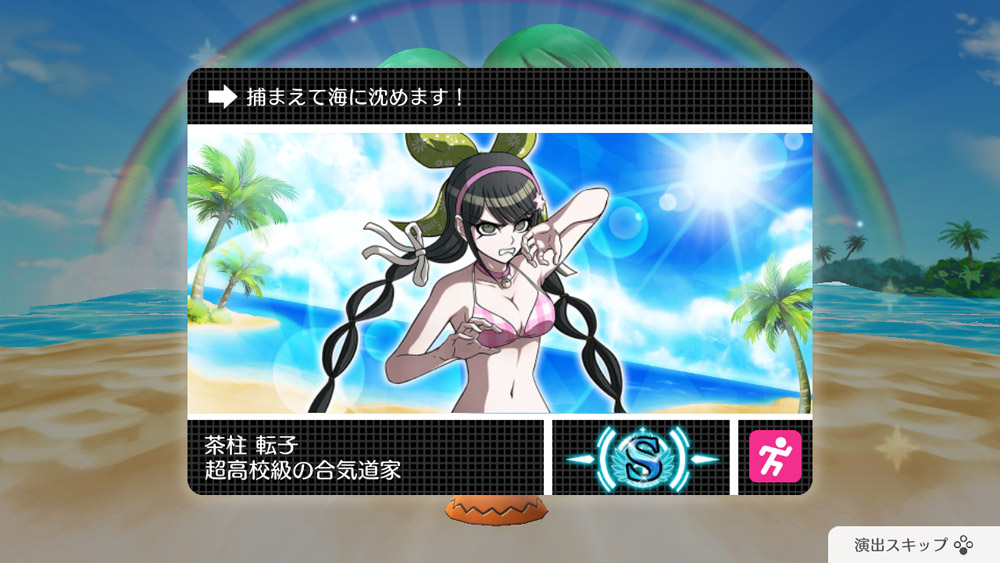 Spike Chunsoft published a new look at Danganronpa S: Ultimate Summer Camp, which will be included in Danganronpa Decadence for Nintendo Switch.

We get new screenshots of the story mode and at the gacha mechanics (that include optional microtransactions).

The students are about to graduate and are sent to an island for a one-and-a-half month of training camp. The island is actually a virtual stage built by an AI.

Yet, the island has become a dangerous place full of Monokuma monsters, so the students have to fight their way back to reality using their talents.

We also get to see the gacha that is done via three machines, which have different results and rarity ranges.

You can get character cards, cards that boost their abilities, and cards that allow them to limit break. You can see some examples in the gallery below.