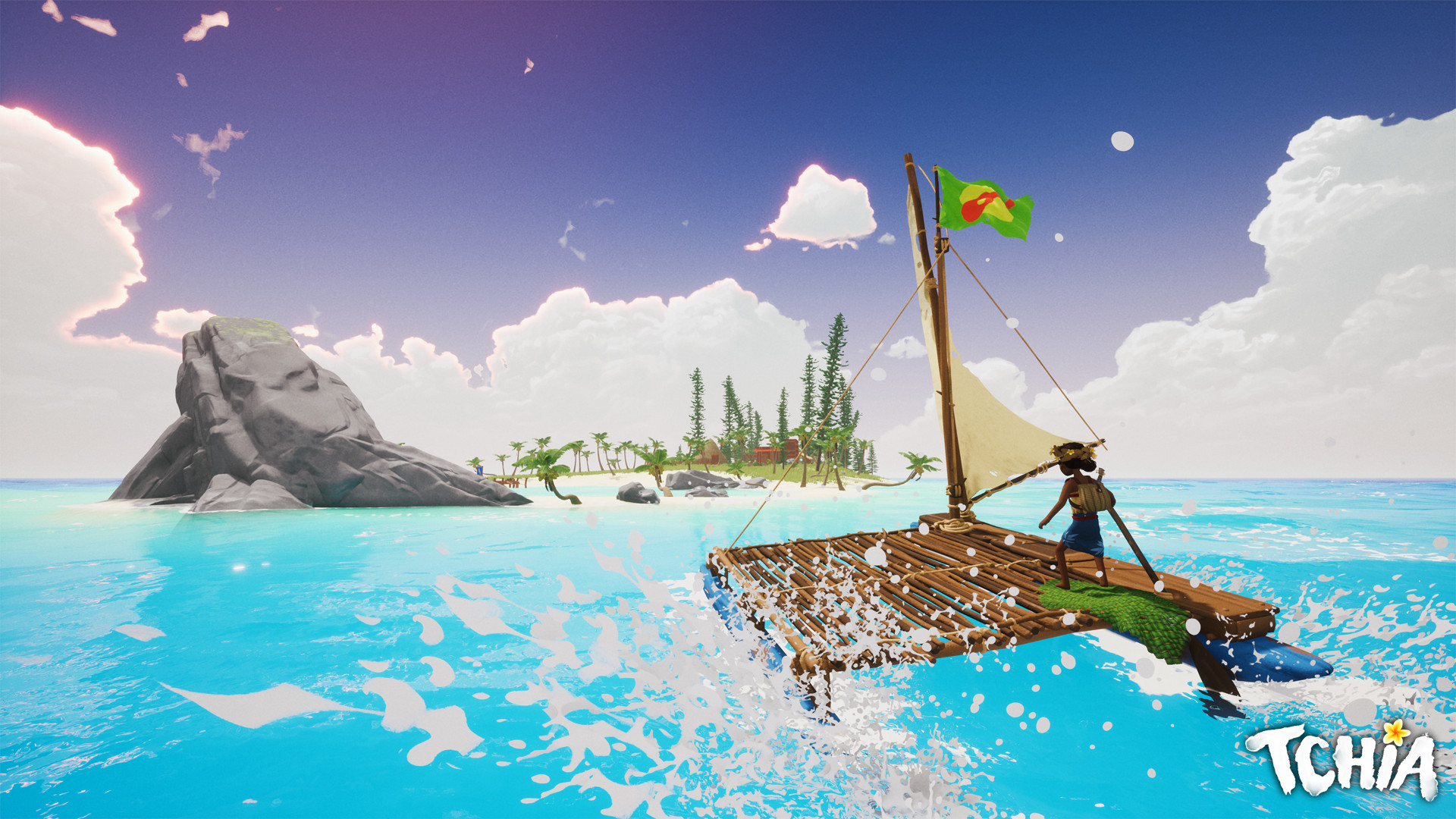 While Tchia was officially revealed at the Game Awards back in 2020, it’s been a long while since we’ve seen the game in action.

Thankfully, at the recent PlayStation Showcase 2021, we had a chance to see the exploratory tropical adventure experience in all its heartwarming glory. Check out the brand new footage down below:

As you can see, the island of Tchia is a world brimming with vibrant color and teeming with tropical wildlife that’s reminiscent of open-world titles like Breath of the Wild.

You take on the role of the eponymous Tchia as you climb, glide, swim, sail and, well, warp into other animal’s bodies much akin to Michel Ancel’s recently cancelled prehistoric Wild title.

The best news, though? You get to play a ukulele and pet some super cute crabs. So where do we sign up, then?

Developed by small indie outfit, Awaceb – who were founded in 2016 by two childhood friends from New Caledonia – Tchia is an infusion of the childhood duo’s homeland culture and a soulful love letter to their adolescent experiences on their home island. It’s hard to get anymore wholesome than that, right?

Tchia is sheduled to be launching on PS4, PS5 and PC next year.

A Tropical Open-World adventure. Climb, glide, swim, and sail your boat around a beautiful archipelago in this physics-driven sandbox. Use Tchia’s special ability to take control of any animal or object you can find, and Jam on your fully playable Ukulele. A game inspired by New Caledonia.

Soul Jumping – Tchia’s special gift lets you take control of any animal or object you can find. Use their unique gameplays and abilities to travel, solve puzzles and uncover secrets. Fly around as a bird, explore the ocean as a fish or dig treasures as a dog. Over 30 playable animals and hundreds of objects.

Exploration & Traversal – Jump and glide your way across a vast archipelago and use the Tricks system for cool stunts and dives. The free climbing mechanic lets you ascend anything in the world without restriction including any physics-driven tree. Sail your customizable boat on turquoise lagoons and dive around coral reefs and shipwrecks.

Ukulele – Just jamming by yourself or playing alongside NPCs, your fully playable ukulele will be a trusty companion throughout the game. Use it at key story moments during rhythm sections, or play unlockable melodies at any point in the open world to trigger special events such as attracting animals, triggering rainfall…

Story & Music – Take Tchia on a heartfelt adventure and meet a diverse cast of characters inspired by New Caledonian cultures. Fully animated cutscenes voiced in traditional language will punctuate your journey while an original orchestral score infused with local sounds creates a unique and immersive world.

Customization & Items – Stylize Tchia’s clothing and boat with hundreds of unlockable cosmetic items ranging from a traditional look to the most over the top options. You will also unlock useful and fun toolsalong the way such as a flashlight, slingshot, compass, camera…

New Caledonia – The world of Tchia was inspired by New Caledonia, A tiny island in the Pacific Ocean, homeland of Awaceb’s co-founders. Inspiration was taken from the rich and varied local landscapes, cultures, music, languages, folklores and traditions and was used to create a fictional world and to tell a universal story that anyone can understand and enjoy. The characters are voiced by local talent in traditional languages, and subtitled in many languages including English, French, Russian, Chinese, German, and more.