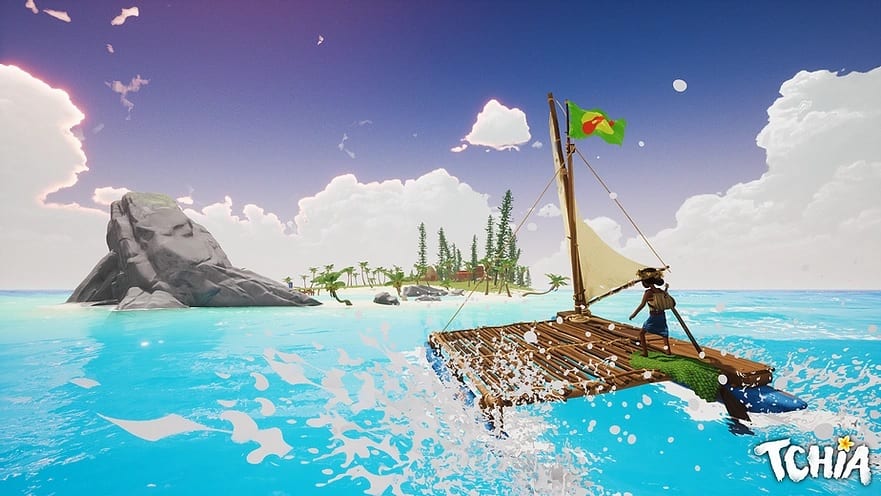 Climb, glide, swim, and sail a boat around a beautiful archipelago in the physics-driven, open-world adventure game Tchia, which was announced tonight at the Game Awards.

The titular character Tchia has a special ability to take control of over 30 animals and hundreds of objects. All of the characters are inspired by New Caledonian culture, which the game was inspired by.

The cutscenes in Tchia are fully voiced with an orchestrated soundtrack. There are hundreds of unlockable cosmetics, from clothing to boat customizations and more.

There’s also a fully playable ukulele, with story-driven rhythm segments. You’ll unlock more melodies as you explore, which affect the world around you.

Tchia is inspired by New Caledonia, an island in the South Pacific. The developers awaceb shared that inspiration was taken from the rich culture of the island, and the characters in the game are voiced by local talent in the traditional language.

Currently, there’s no planned release date, but you can preorder the game on Steam right here. There’s no word if awaceb plans to release it on consoles.

If you’re interested in learning more about Tchia and New Caledonian culture, you can visit the game’s official website here.

You can also watch the official reveal trailer below.

Check back with Twinfinite for more Game Awards coverage through the evening.