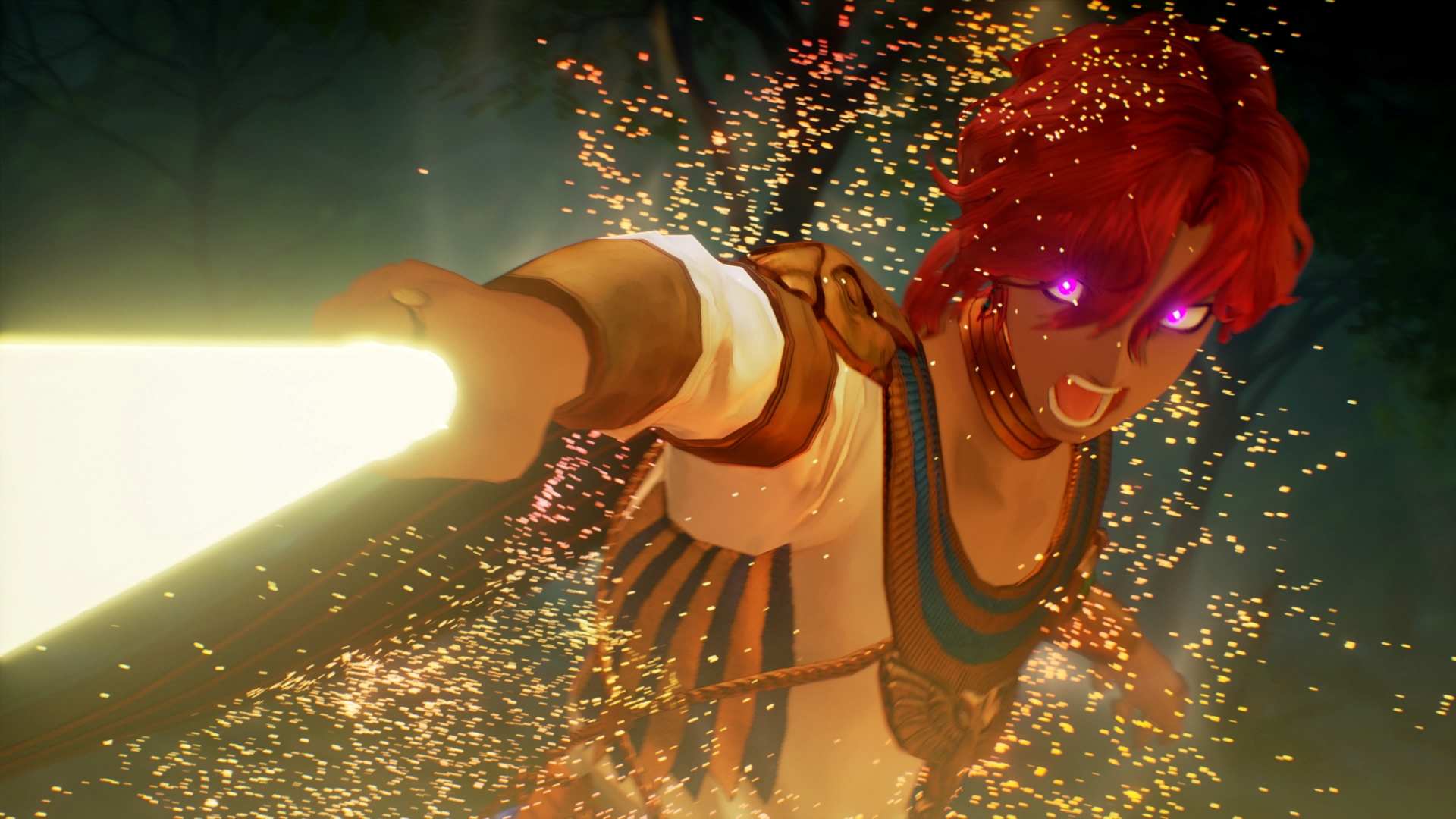 Some of the boss battles in Tales of Arise will crank the difficulty up a notch, and this fight against Dohalim is one of the tougher ones. If you’re looking for pointers on how to win, look no further. Here’s how to beat the Lord Dohalim boss fight in Tales of Arise.

How to Beat Lord Dohalim in Tales of Arise

First off, you’ll want to equip some Opal accessories on as many party members as you can because they reduce Wind/Earth element damage by 50%, and those are the main elements that Dohalim uses.

Dohalim fights like a close-range party member would. This means that he has plenty of multi-hit melee combos that need to be dodged, or blocked outright with Kisara. Before getting into his regular moves, though, Dohalim starts the fight out by going into Over Limit and dropping massive rocks from the sky.

Pay attention to the shadows and faintly glowing circles on the ground to steer clear of them because they can easily kill you in one hit depending on your level and the game’s difficulty setting. This goes doubly for the last boulder that falls, as it hits multiple times and will definitely kill whoever it touches.

It’s a good idea to control Shionne directly here so that the AI doesn’t cost you your only healer. If the others survive, heal as necessary, or resurrect them if they didn’t make it.

After doing his Mystic Arte, he’ll be using close to medium-range attacks with his staff. He’ll spin it, throw it short distances, and use Earth element moves to keep you on your toes. Defense is key here because, as mentioned before, almost all of his moves are multi-hit combos that can keep you in hit stun for a dangerous amount of time.

Even if you dodge his first swipe, he’ll continue the combo. So, dodge one or two more times before counterattacking, or steer clear completely until he’s clearly finished.

Eventually, Dohalim will glow yellow and start to use a charging attack that Kisara can block with her Boost Attack. Time it right and she’ll stop Dohalim dead in his tracks while also weakening any further charges that he does.

Kisara will help with defense, but offensively, you’ll just need to pick your spots in between attacks and dodges to deal damage to Dohalim while using Alphen’s Boost Attack to down him temporarily. Don’t ever rush in unless you’re absolutely sure that you can dodge the tail end of Dohalim’s combos, or he’s been interrupted by Alphen or Kisara.

At about 50% health, Dohalim will do another yellow charge, but this time, a Strike prompt will pop up. Press the D-Pad and Kisara will stop him again in a cutscene. As his health depletes, he’ll use that Mystic Arte from the beginning once again, so watch out for falling rocks.

When his health bar gets low and turns red, he’ll start doing even longer combos. At that point, it’s best to just get out of the way without last-second dodging since bosses can’t be staggered like normal enemies.

If you decide to go for the dodge or block, make sure that your timing is perfect. Try to go for the most obvious moves, like his downward slam that comes after an aerial combo.

Be aware that, if your timing is off, he’ll continue his combo whether you hit him or not. Keep a safe distance before deciding on your plan of attack unless you’re blocking with Kisara.

You can also try to fill your Boost Gauge (BG) by getting in last-second dodges or blocks when you can without actually going in for more than a couple hits after a Counter Edge counterattack, just to be safe.

When his health gets down to the very end of the bar, he’ll start spamming his Mystic Arte, so you’ll need to attack constantly while dodging falling rocks to end this fight. Go all out here to drop his health to zero while he charges his Mystic Arte.

This is a difficult boss fight, but that’s everything you need to know about how to beat Lord Dohalim in Tales of Arise. Be sure to check out our guide wiki for more tips, tricks, and info on the game if you’re having trouble.