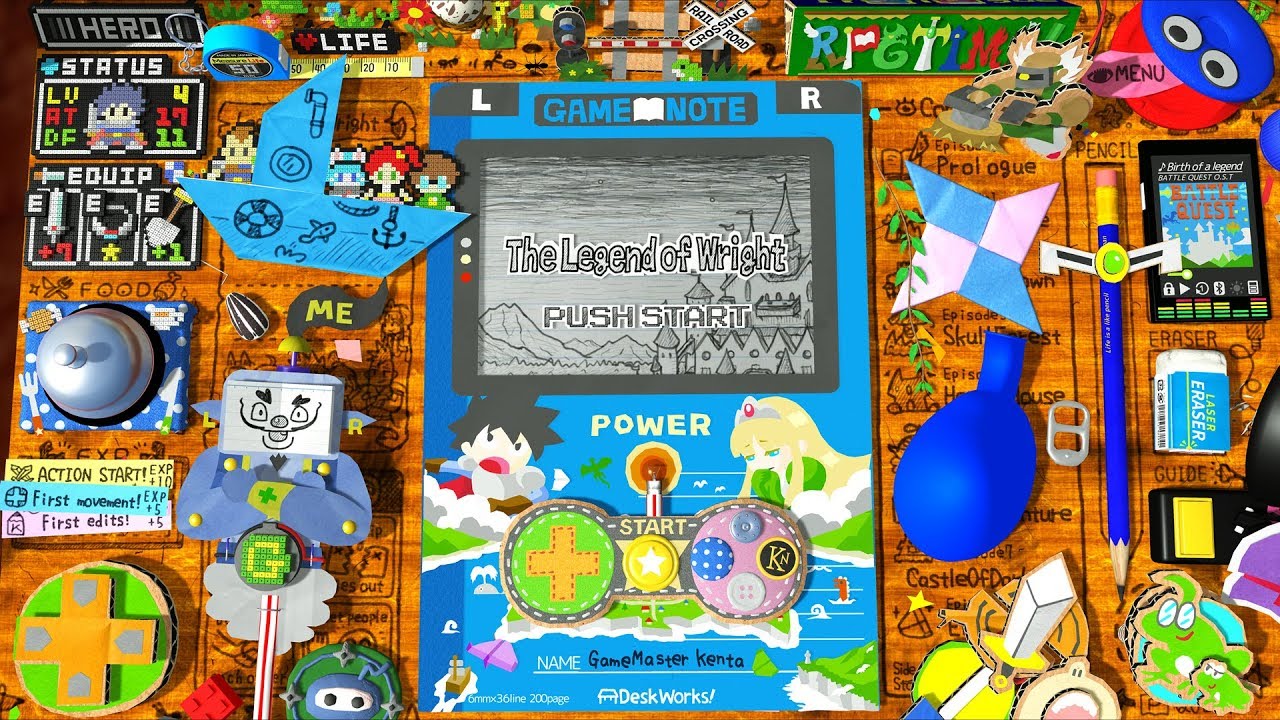 We have now gotten a new official look at RPG TIme: The Legend of Wright since it was revealed back at E3 2019. The game is being developed by two-person Japanese dev team DESK WORKS.

The adorable papercraft game will be coming to Xbox One, Series S/X, and PC this winter. The website for the game also notes that it will be coming to Android and iOS devices. This winter is certainly a vague stretch of time, but the game has been somewhat dormant the last two years and the trailer shows a cute reemergence. Our previous coverage of RPG Time: The Legend of Wright during E3 2019 noted a release date of 2020, so there has been a slight delay.

The trailer is entirely in Japanese, so some of the particulars might fly by non-speakers, but he adorable notebook and construction paper visuals more than make up for it.

The game charmingly pairs a papercraft aspect with what looks like the pixel style of early JRPGs like Dragon Quest. It also switches perspectives from 2D to 3D (while keeping the paper aspect) and what appears to be adorable little minigames?