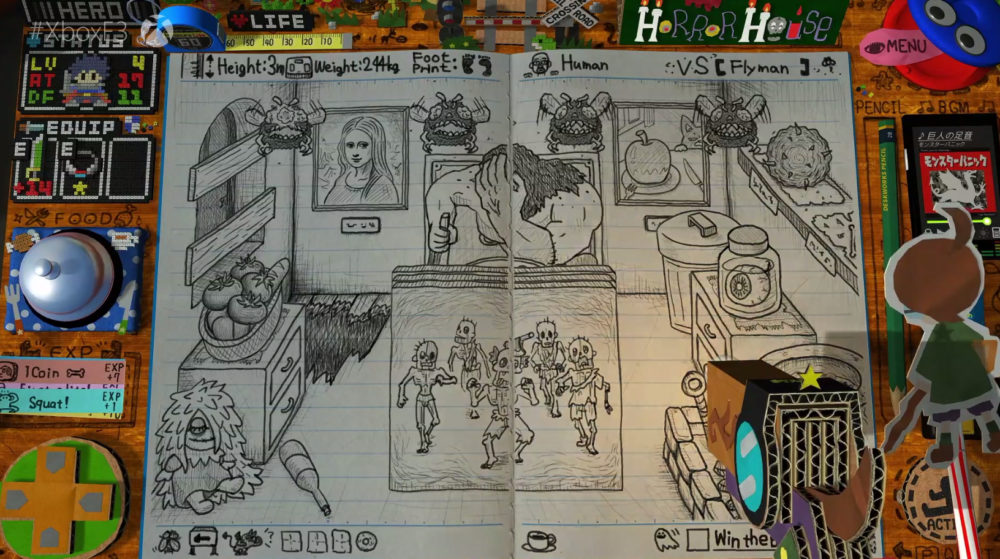 Described as a “hand-made Epic RPG”, RPG TIME: The Legend of Wright is like a mix between Final Fantasy and Diary of a Wimpy Kid.

RPG Time: The Legend of Wright features an extremely unique atrstyle, with the action jumping between a hand-drawn aesthetic scribbled onto the pages of a journal to table-top with characters and locations made out of cut-up cardboard. As the story continues, the journal will flip form page to page as turn-based battles progress.

The continual shift from 2D to 3D environments is very similar to the artstyles and world-building techniques used in games like Paper Mario and Scribblenauts.

RPG Time is developed by just a two person team at DESK WORKS, and has won several awards including the 2019 Bitsummit Grand Jury Vermillion Gate Award and the Famitsu.com Award.

It’s set to release sometime in Spring 2020 to both Xbox One and PC. Check out the full trailer reveled at E3 2019 during Microsoft’s press conference down below.

You can also head to the game’s website and provide your own doodles, with the chance they could be featured in the finished game upon release.

For more indies announced during Microsoft’s E3 2019 show, check out Way to the Woods and Spiritfarer.