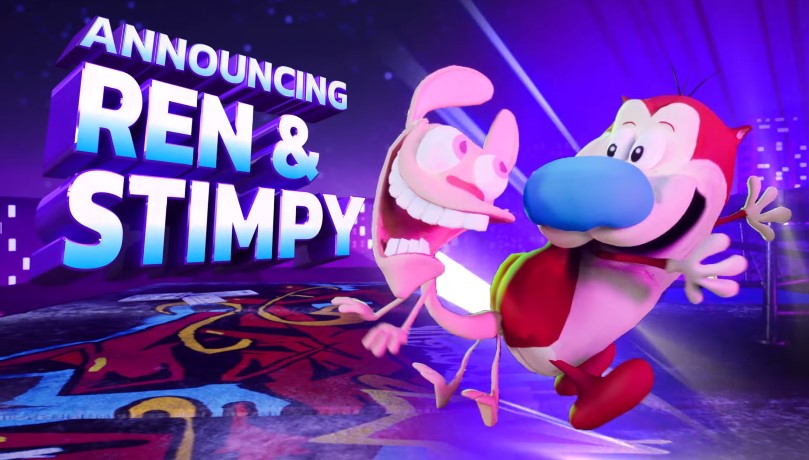 Earlier today, the GameMill Entertainment YouTube channel released a reveal trailer that showcased Ren & Stimpy in the much-anticipated platform fighter, Nickelodeon All-Star Brawl. Although Ren & Stimpy are technically two different characters, kind of like Catdog, they both work together as a single fighter in this game.

Ren & Stimpy is the second fighter in Nickelodeon All-Star Brawl that is two different characters fighting together as one. And if you’ve played Super Smash Bros. Ultimate, then Ren & Stimpy appears to plays similarly to Banjo and Kazooie.

If you’re not a Smash Bros. player, then essentially what that means is Stimpy is the main character you control and Ren sits on his back. But that doesn’t mean the scrappy chihuahua is just there to sit back and relax while his bulky manx buddy does all the dirty work. A large amount of Ren & Stimpy’s moveset includes both characters performing different actions to deal damage.

One of the first attacks seen in the trailer features Stimpy grabbing Ren by the legs and swinging up to hit enemies above them and in front of them. All the while, Ren has a horrific look on his face. Later in the trailer, you can also see a move where Ren hits himself on the head with a hammer. It’s not clear if this does any self-inflicted damage, but it clearly sends your opponents flying.

A few aerial attacks are also shown off in this reveal trailer. The first one features Stimpy throwing a log at a share upward angle. After that, another move featuring the burly cat is shown off. This one shows his eyes popping out of his head and damaging opponents in front of him. Ren on his back is facing the other way and showing off his sharp teeth, but it’s unclear in the trailer if the little dog has a hitbox.