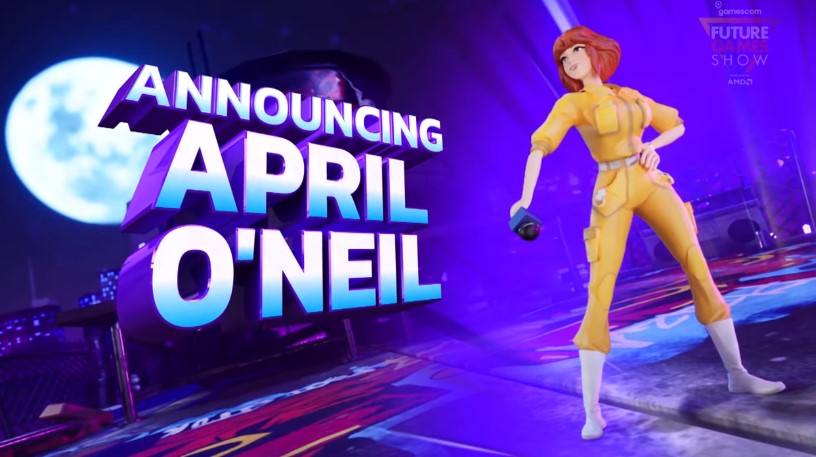 Earlier today during the Future Games Show, the characters Catdog and April O’Neil were revealed as fighters for the upcoming platform fighter, Nickelodeon All-Star Brawl. Catdog is from the classic Nickelodeon cartoon of the same name, and April O’Neil is a news reporter and close ally of the Teenage Mutant Ninja Turtles.

As is common in the show Catdog, Cat appears to be the aggressor in many attacks. There even appears to be an attack where Cat uses Dog’s head as a blunt object to pummel an enemy. However, the bulk of the moveset is not just Cat.

The trailer also shows off one of Catdog’s aerial attacks where both Cat and Dog stretch out in opposite directions to hit opponents to the left and right. This character will also have access to using a fire hydrant as a weapon to smack opponents around the stage.

Another move that’s briefly seen is when Dog suddenly becomes extremely muscular and smacks and opponent with a powerful strike.

Next up, we got a preview of the character April O’Neil. Her design appears to be her classic all-yellow outfit from the comics and cartoon. And from the short trailer, it looks like she’s going to be an incredibly fast character as evidenced by the backflip she performs at the start of the trailer.

In this trailer, it looks like April’s entire moveset is based on the fact that she’s a news reporter. Two of the first attacks shown off are her running with a handheld camera dealing damage to opponents in front of her and another features her smacking a bunch of fighters with a boom mic.

And of course, she’s always running around with that microphone in her hand. and a bit later into the trailer she is finally shown using the microphone to send an opponent flying.

Right at the end of the trailer, there is an interesting use of the boom mic attack. It looks like while recover, April uses the boom mic to extend her reach on-stage in order to knock back two opponents who are trying to edge guard.

You can check out the official Catdog and April O’Neil reveal trailers for Nickelodeon All-Star Brawl down below. The game launches for PS4, PS5, Nintendo Switch, Xbox Series X|S, and Xbox One this fall. For more information, you can check out the game’s official site.

And if you just can’t get enough video game trailers, then check out the full Future Games Show stream down below.