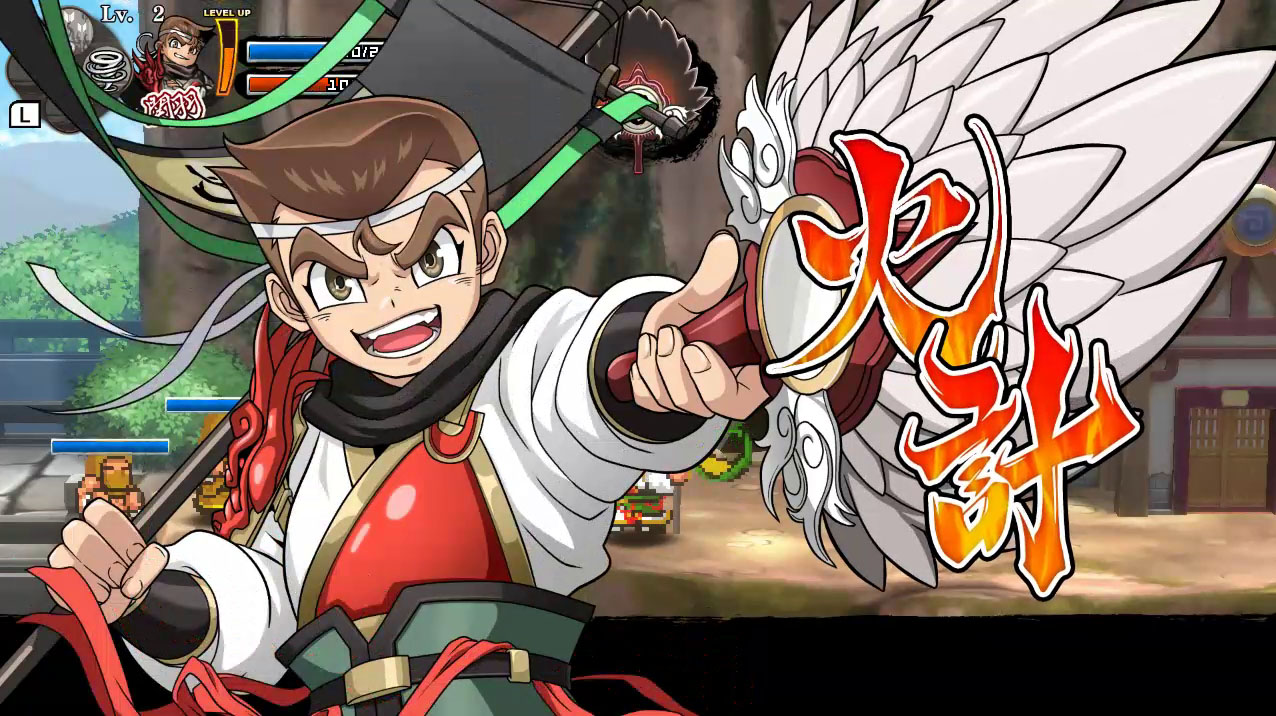 Today Arc System Works reached out with a press release to deliver the first details and screenshots of the recently-teased “Kunio-kun no Sangokushida Yo Zen’in Shugo!” which translates as “It’s Kunio-kun Three Kingdoms: Everyone Gathered!”

First of all, we learn that the game will launch in Japan in December 2021 for Nintendo Switch and in April 2022 for PS4 and PC.

The game is predictably set in the three kingdoms period and Kunio takes on the role of Guan Yu. It’s a hilarious comedy action game about surviving in a troubled world. Other characters appear as famous generals and events like the Yellow Turban Rebellion and the Battle of Red Cliffs are depicted with comedic action.

The basic gameplay is the typical side-scrolling familiar for the fans of the series, with various areas that unite to form a vast world. Besides battlefields, there are also town and villages where you can meet people and shop.

You can check out all the screenshots of Kunio-kun no Sangokushida Yo Zen’in Shugo! below. They certainly look familiar.