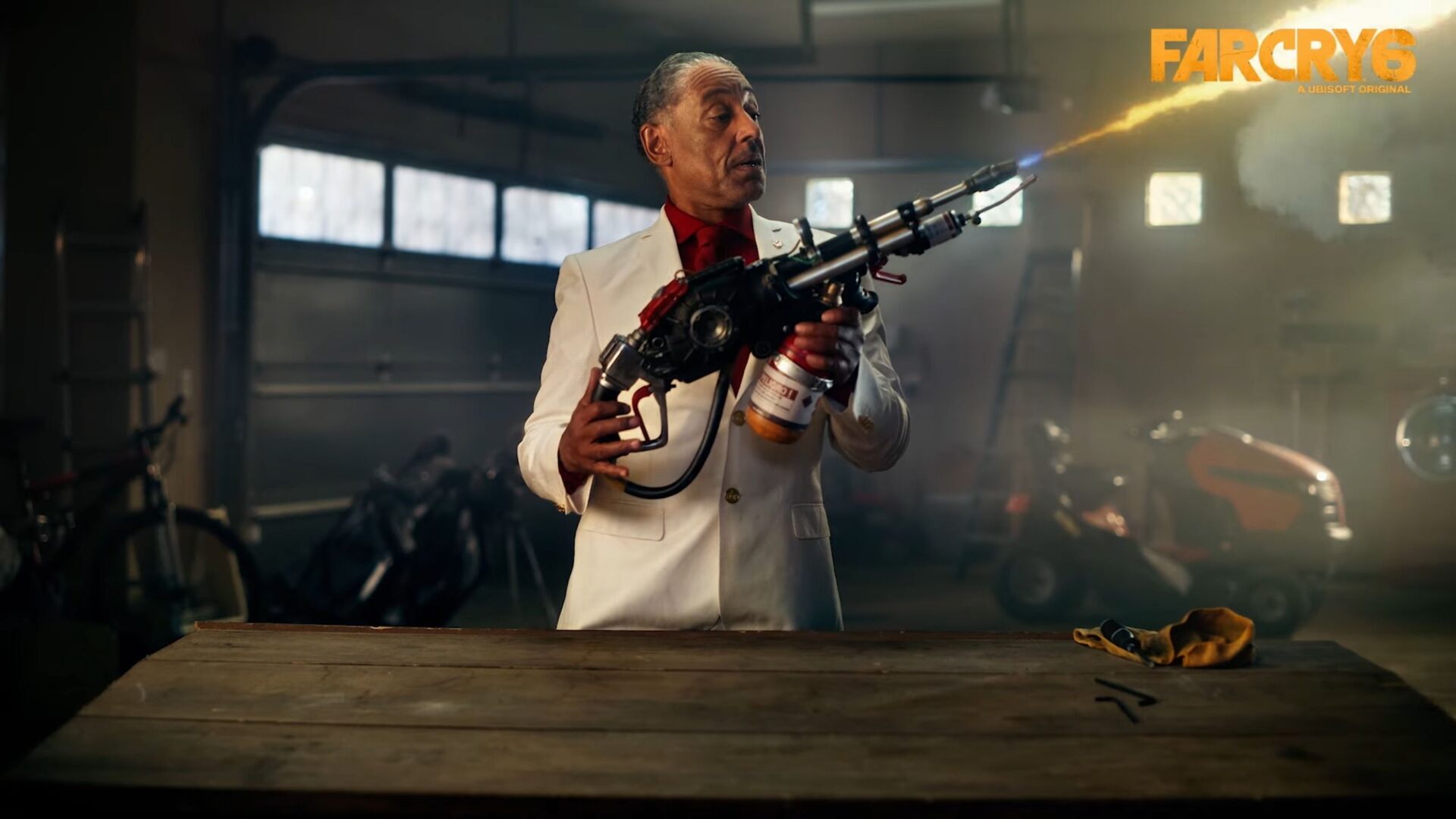 Today Ubisoft released not one, but four trailers of its upcoming open-world first-person shooter Far Cry 6.

While they do contain some glimpses of gameplay, the focus is definitely on actor Giancarlo Espositio, who plays the role of villainous dictator Antón Castillo in the game.

They’re quite funny, and you can take a look below to see if they get you excited about facing El Presidente and his army.

If you’re unfamiliar with the game, you can read the official description below. You can also take a look at our hands-on preview.

Play as Dani Rojas, a local Yaran and become a guerrilla fighter to liberate the nation

Fight against Anton’s troops in the largest Far Cry playground to date across jungles, beaches and Esperanza the capital city of Yara

Employ makeshift weapons, vehicles, and Amigos, the new Fangs for Hire to burn the tyrannical regime to the ground