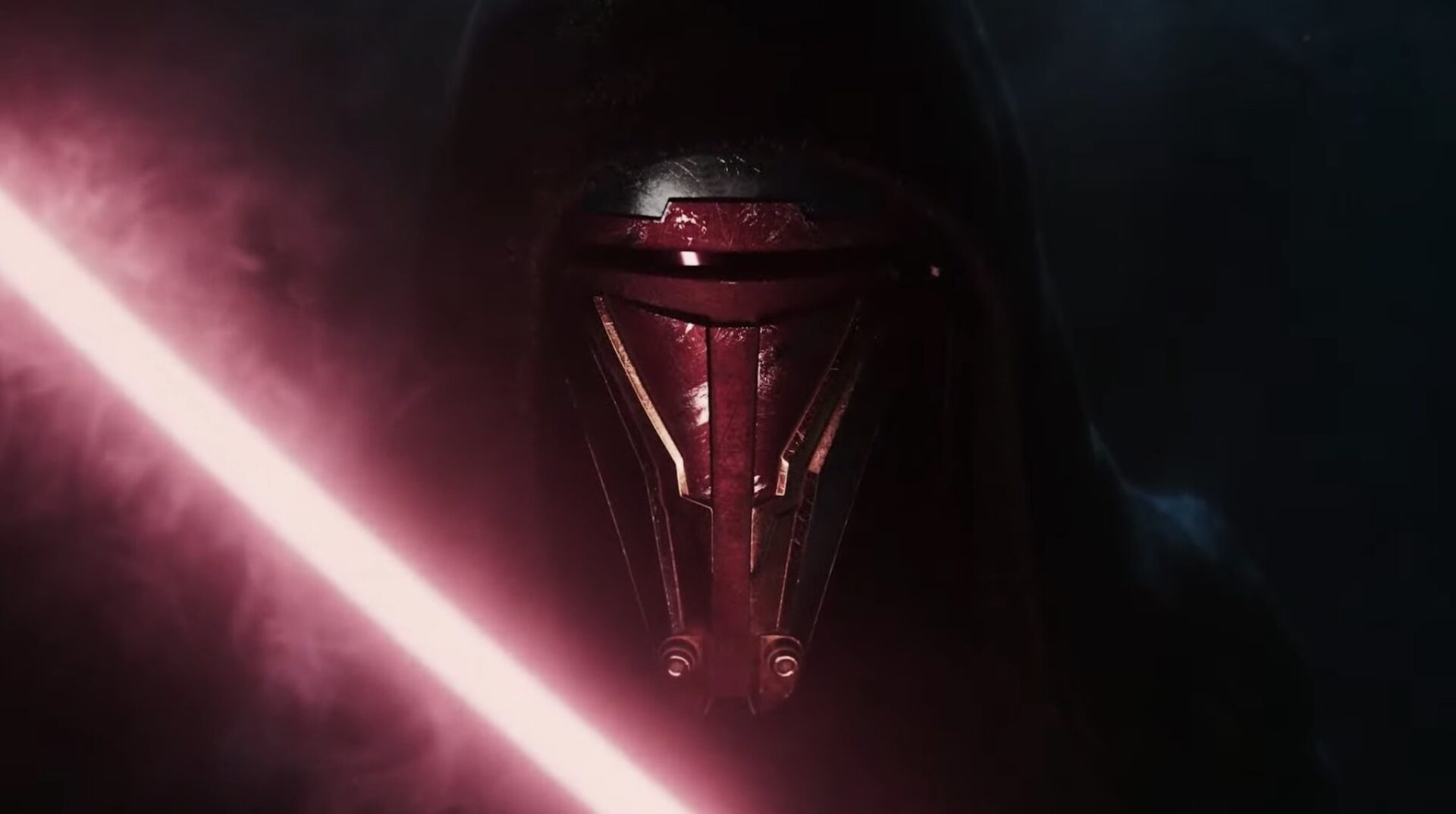 Rejoice, Star Wars fans! During the PlayStation September Showcase 2021 today, a Knights of the Old Republic Remake was officially announced.

Very little in regards to specific details was shown, however, we did get a brief moody teaser featuring a hooded Darth Revan waving his iconic red lightsaber in a mysterious room filled with darkness. Feast your eyes on the new Knights of the Old Republic Remake footage down below:

As you can see, there’s not much to go on right now. Of course, the original Knights of the Old Republic is a beloved action-RPG set in that galaxy far, far away. Not only did it resonate well with critics, but it was also well received by audiences, too, when it released back in 2003. Even to this day, there is still a devout following that still play the game on PC.

While no release date was given, it’s been officially confirmed that the Knights of the Old Republic Remake will be a PS5 exclusive at launch. Reading between the lines, then, it looks likely that the game will be coming to other platforms at some point after its PS5 release date.

For more information, here’s an official rundown courtesy of the PlayStation Blog:

A pinnacle of Star Wars Legends storytelling, Star Wars: Knights of the Old Republic is set over 4,000 years before the events of the original trilogy and introduced a new story of new heroes and villains in an epic struggle for the fate of the galaxy. The team here at Aspyr and Sony Interactive Entertainment have joined forces with Lucasfilm Games to bring you a remake of this classic Star Wars adventure. We’re rebuilding one of the greatest RPGs of all time for a new generation with modern tech, features, visuals and more, while maintaining the integrity of the story and characters that we’ve come to cherish.

And it’s a console exclusive on PlayStation 5 at launch.

And for a little more official intel, here’s a snippet from the game’s press release, too:

Aspyr, Lucasfilm Games, and Sony Interactive Entertainment (“SIE”) have announced Star Wars™: Knights of the Old Republic™ – Remake, a new remake of the original revered Star Wars™ story and blockbuster role-playing game experienced by millions of fans around the world. In development as a PlayStation®5 (PS5™) console exclusive at launch and for PC, Star Wars: Knights of the Old Republic – Remake is completely rebuilt from the ground up for a new generation of players to experience this legendary tale as never before. The news was revealed today in a teaser trailer during the ‘PlayStation Showcase 2021’ featuring the iconic imagery of Darth Revan and the voice-over talent of Jennifer Hale, who played Bastila Shan in the original game.

“We’ve spent the past several years assembling the very best talent from across the industry to deliver a modern vision of this timeless Star Wars legend,” said Aspyr co-founder Ted Staloch. “As lifelong Star Wars fans with extensive experience working with many of its best games, we have the deepest love and admiration for Star Wars: Knights of the Old Republic and cannot wait to share this amazing remake with the rest of the galaxy.”

Exciting, right? In the meantime, what say you? Are you pumped to check out a Knights of the Old Republic Remake on PS5? Or would you prefer to see Sony remake something else? Grab your kyber crystals and let us know in the usual place down below.