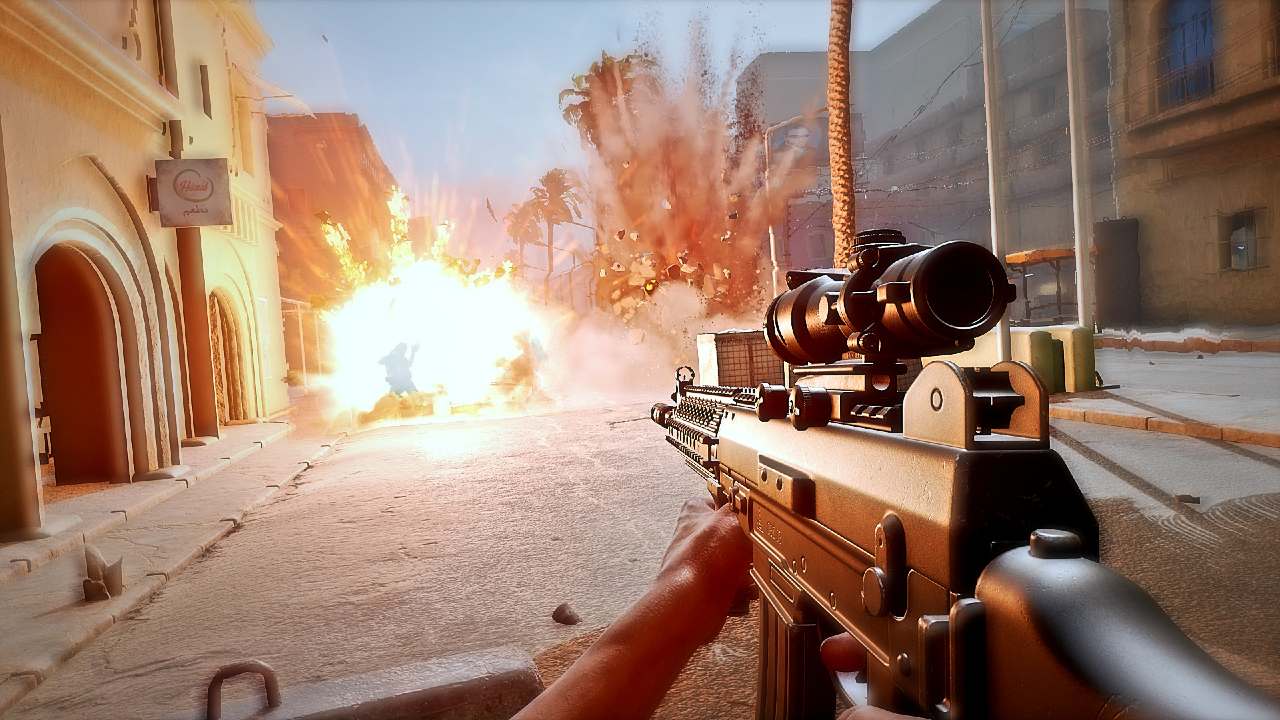 Focus Entertainment has just released a brand new gameplay overview trailer for the console release of their indie FPS Insurgency: Sandstorm. In the trailer below, you can see the gritty, non-stop action that fans can expect from the upcoming shooter.

The trailer provides a detailed overview of the game that helps explain the features that will help set it apart from other titles in the genre. You can check out a breakdown of them below:

Insurgency: Sandstorm is a gritty tactical first-person shooter set in a contemporary, fictional, middle-eastern conflict. Two factions battle it out in desperate firefights where every bullet is felt, and every impact is feared. Sandstorm’s low time-to-kill and gameplay focus on immersion rewards tactical and careful play instead of run-and-gun shooting. Every mission is objective-based and can be played in either full-scale PvP battles or up to 8-player co-op.

Insurgency: Sandstorm puts immersion, authenticity, and attention to detail first. Each weapon’s animation, sound, and ballistics have been painstakingly crafted and simulated. You also have a wide assortment of tactical options available; slowly open a door to slip a grenade through, kick it down for a breach, or find another way through open, sprawling urban environments.

Play as several different classes from each faction, each sporting its own set of specialized equipment and gear. You can customize each weapon and the items you bring for every playstyle, but every modification comes at a tactical cost, so prepare appropriately.

As you level up in Insurgency: Sandstorm, you will also unlock various outfit items from camouflages, BDUs, track-suits, helmets, and different armor types. Customize your soldier’s face, appearance, and voice to make your mark on the battlefield.

Anyone that pre-order Insurgency: Sandstorm, the Deluxe Edition, or the Gold Edition will also receive the Warlord Gear Set and the Peacemaker Gear Set. The Deluxe Edition includes Insurgency: Sandstorm and the Year 1 Pass, while the Gold Edition includes the additional Year 2 Pass releasing throughout the year after release. Each Year Pass includes 16 cosmetic sets, with an extra 4 instant reward items for the Year 2 Pass.