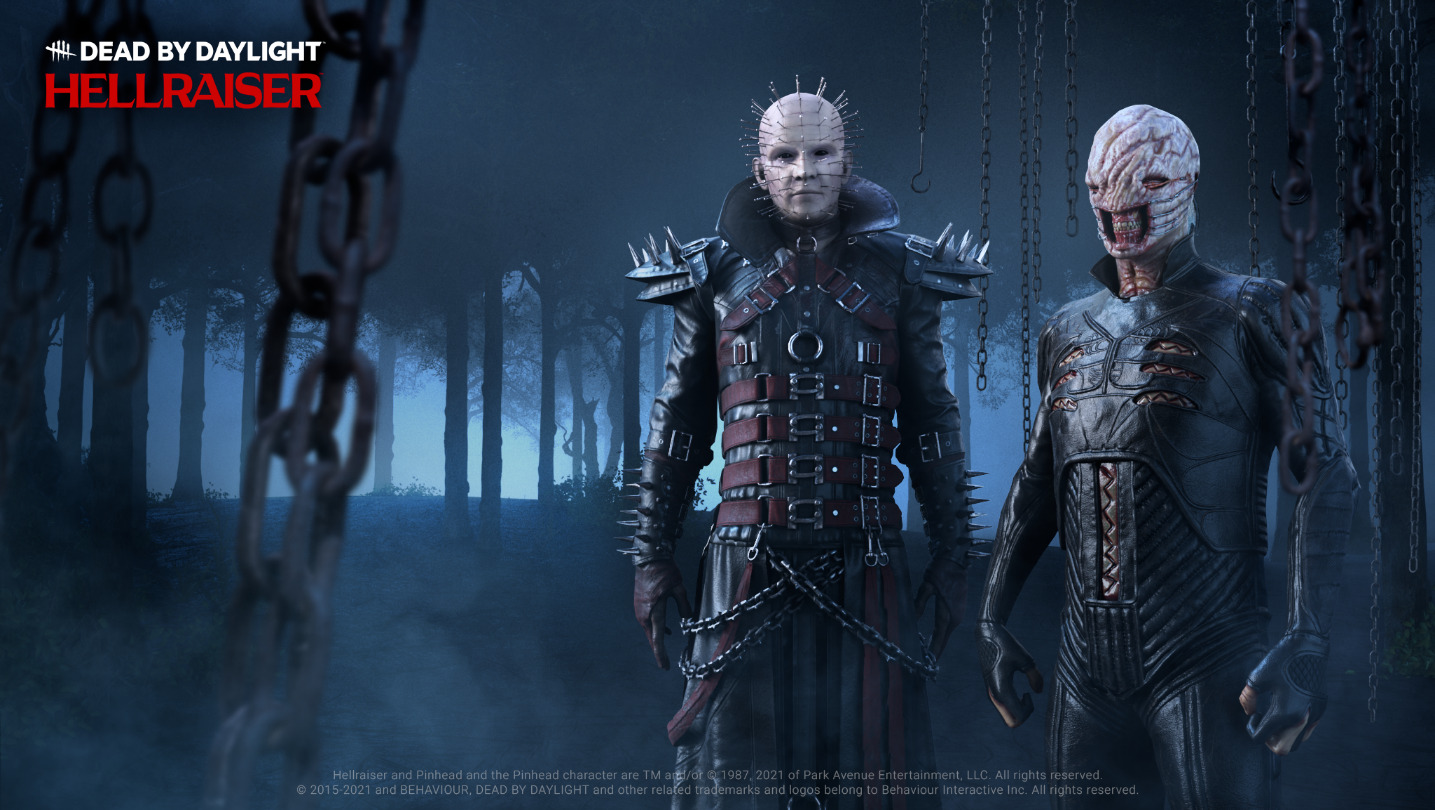 Developer Behaviour Interactive has added to its stable of terrifying Killers with another iconic antagonist: Pinhead from the Hellraiser franchise. The new content is available as an all-new chapter from today on console and PC platforms, while a mobile release is planned for later this year.

“Pinhead has one of the most recognizable faces of all the horror classics. Even people who have never seen the movies know that uniquely intense look. So, as the Hall of Fame of Horror, we had to have him in our game. Not only has our community been requesting him for a long time, but I have often mentioned that Pinhead is high on my personal list of favorite horror characters. We know that fans are as thrilled as we are to see him come into the Fog!”

There Are No Limits to His Power

As with all Killers in Dead by Daylight, Pinhead comes with a distinctive power, for the pleasure of the players. His power, the Summons of Pain, is an extradimensional gateway that summons a possessed chain which can be directed to Survivors to bind them. Once bound to a chain, Survivors are unable to sprint, and their movement speed is decreased.

Pinhead’s power also comes with an additional challenge for Survivors: the Lament Configuration puzzle box. When left alone, it initiates a Chain Hunt by summoning chains to pursue Survivors. If picked up, the Survivors carrying the box are automatically afflicted with the Oblivious status effect and chains will sporadically be summoned to attack them. Survivors must solve the Lament Configuration to end the Chain Hunt and remove the puzzle box from their possession. While doing this, Pinhead will see their location and be able to teleport to it.

The Chatterer Joins His Master with the Hellraiser Collection

Once summoned, Pinhead never comes alone. That’s why the Hellraiser Collection offers a Legendary Set allowing players to embody the Chatterer, his devoted servitor dedicated to exploring the limits of human sensations. The Chatterer’s face is severely disfigured, with lips peeled back to expose his teeth, which he clicks together to communicate. His Suit of Sufferance is made of a leather uniform displaying his rites of extreme scarification while his weapon of choice is the Dented Hook and Chain which he wields with violence and satisfaction. In addition to the Chatterer comes a Very Rare Outfit for Pinhead: The Hell Priest. This kit showcases Pinhead as he explores the further regions of experience.

The Hellraiser Chapter of Dead by Daylight is available now for $4.99 via Nintendo Switch, PS4, PS5, Stadia, Steam, Windows Store, Xbox One as well as Xbox Series X|S. Additionally, fans can currently enjoy various promotions on all platforms, giving up to 50% off on the base game and select DLCs, 30% off on the Ultimate Edition and 20% off on the killer and the survivor expansion packs.

If you’re interested in playing Dead by Daylight but you don’t know how, here’s everything you need to know.