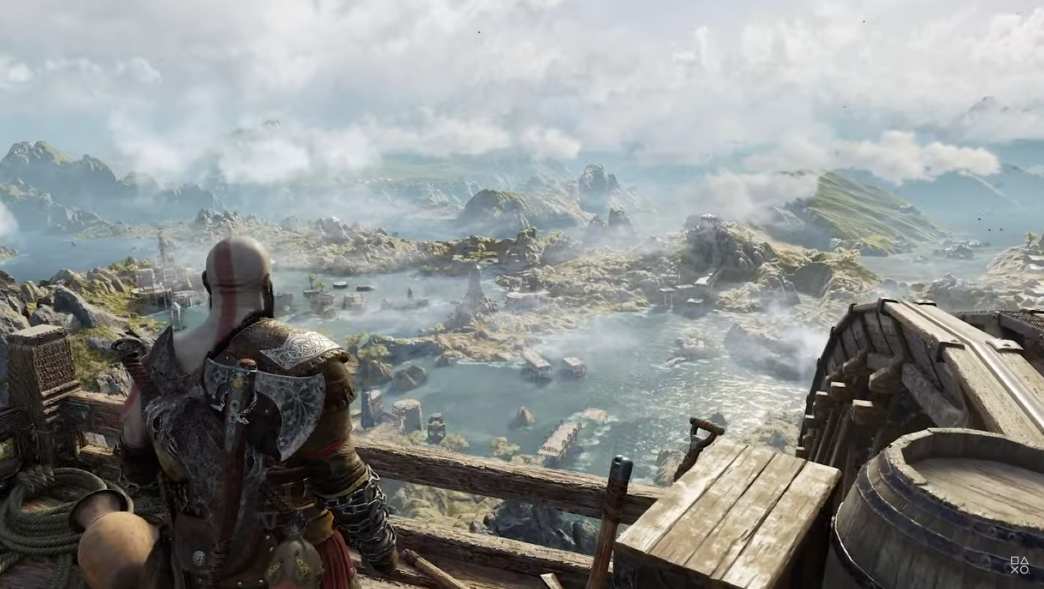 Today, during Sony’s live broadcast of their PlayStation showcase, Santa Monica Studio showed off an extended look at their upcoming action video game sequel God of War Ragnarok. In the trailer below, you can see how much time has passed in the game,

In the trailer, Atreus is much older, with a much more prominent voice and a larger build. Alongside his age, we can see his powers have grown as well, as the video shows him riding a magical deer-like spirit in battle. The official PlayStation blog had the following to say about how much the character has grown in God of War Ragnarok, as well as what he still has to learn.

While the last game built an enormous amount of trust and understanding between father and son, there is still a great deal of complexity in their interactions – especially after the revelation of Atreus’ Giant heritage and the hidden prophecy only Kratos saw.

Kratos, still bearing the knowledge of his past mistakes, wants to spare Atreus the bloody lessons he learned from his conflict with gods. He wants to keep his son safe, above all, and their confrontation with Baldur has vindicated the belief that only tragedy will come from further entanglements with the Aesir.

Together, Kratos and Atreus will have to make a choice about which path they will take. Whatever they choose will define the fate of all those living in the Nine Realms as Ragnarök approaches.

A lot of old characters can be seen returning from the first game, including Hera, Castor, and Pollux. Plenty of new faces appear as well, as we see a brief glimpse of Thor wielding Mjolnir and the appearance of the Asgardian God of War Tyr.

The PlayStation blog post revealed that Freya and Thor will be the two main antagonists of God of War Ragnarok. Santa Monica Stuido provided the following snippet regarding each of Kratos’ upcoming opponents in the sequel.

Because of Kratos’ actions at the end of the previous game, the once-ally-turned-enemy Freya has sworn vengeance for the death of her son, Baldur.

We wanted to remind players that Freya isn’t just a terrifyingly powerful user of Vanir magic, but also that she’s a formidable warrior in her own right. Enraged by Kratos’ evasion of justice by her hand, Freya will turn every weapon at her disposal towards her son’s killer.

Also suffering the loss of his sons and half-brother, Thor’s legendary bloodlust and wrath will be aimed at Kratos and Atreus.

Referred to disparagingly by Mimir as the “Biggest Butchering Bastard in the Nine Realms,” Thor earned his title as one of the most powerful Aesir gods by wiping out nearly all the Giants at Odin’s command.

While we don’t want to give too much away right now, we think even a peek at Mjölnir wreathed in lightning will give you a hint at just how formidable Thor will be as an adversary.

For more information, head on over to the official blog post yourself. At the moment, God of War Ragnarok doesn’t have an exact release date, though it is expected to come out at some point in 2022.

If you’d like to see more of what was announced during Sony’s PlayStation showcase livestream, you can check out our full coverage of the event right here at Twinfinite. We’ve also got plenty of ongoing gaming coverage, so check back to the site for consistent updates for everything you could ever want or need from this event and ones in the future.