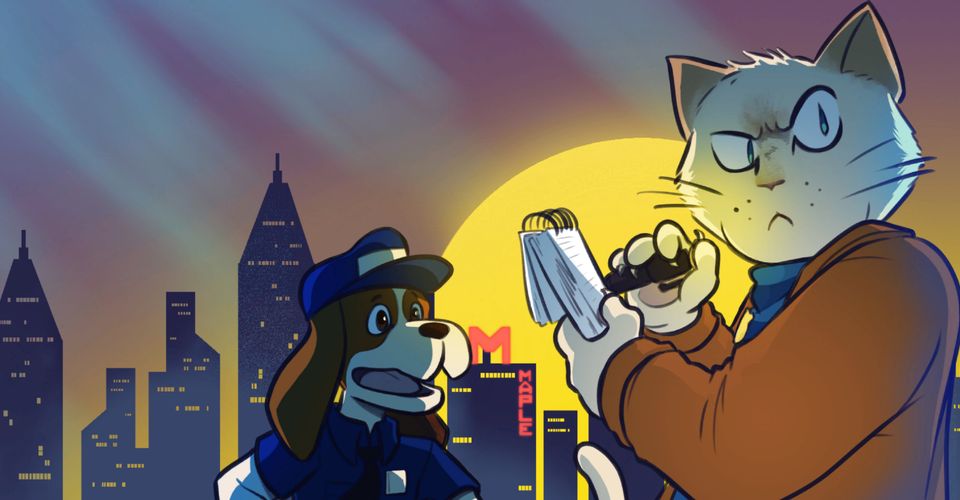 If you’ve been hankering for a classic point-and-click adventure from yesteryear, then we may have the purrfect game for you. Yes, quirky old-school experience, Inspector Waffles, is officially locked in for an Oct. 14 release on Nintendo Switch.

The news comes by way of a freshly cut release date announcement trailer which dropped earlier today. Go ahead and check out the new footage down below:

As you can see from the video, Inspector Waffles is a rather endearing 16-bit pixel-art noir detective story that sees you trying to piece together a murder mystery in a town filled with anthropomorphic cats and dogs.

Throw in a toe-tapping jazz soundtrack and some light-hearted humor, and you have all the ingredients for a delightful point-and-click adventure much akin to the traditional games of olde like Grim Fandango, Sam & Max or The Secret of Monkey Island.

For those playing on PC, Inspector Waffles is already available to purchase on Steam as it launched there earlier this year.

For more information, here’s a general overview courtesy of an official press release that we received today:

“Murder. Nothin’ nice about it. In this old school detective adventure, step into the boots of whip-smart Inspector Waffles and travel the city to track hidden clues, interrogate shady suspects, and unravel a dangerous mystery. But be warned: curiosity killed the cat…”

Hitcents and Golosso Games are excited to announce that hard boiled feline detective Inspector Waffles is making their way to the Nintendo Switch eShop for digital purchase on October 14th, 2021.

Coming October 14th, to a Switch Near You!

After what happened to their partner Inspector Waffles wanted to be done. But a mysterious murder of a high-profile business CEO in Cat Town forces their paw. Join Inspector Waffles as they sniff out the culprit in this adventure from Goloso games and find out which kitty has been naughty.