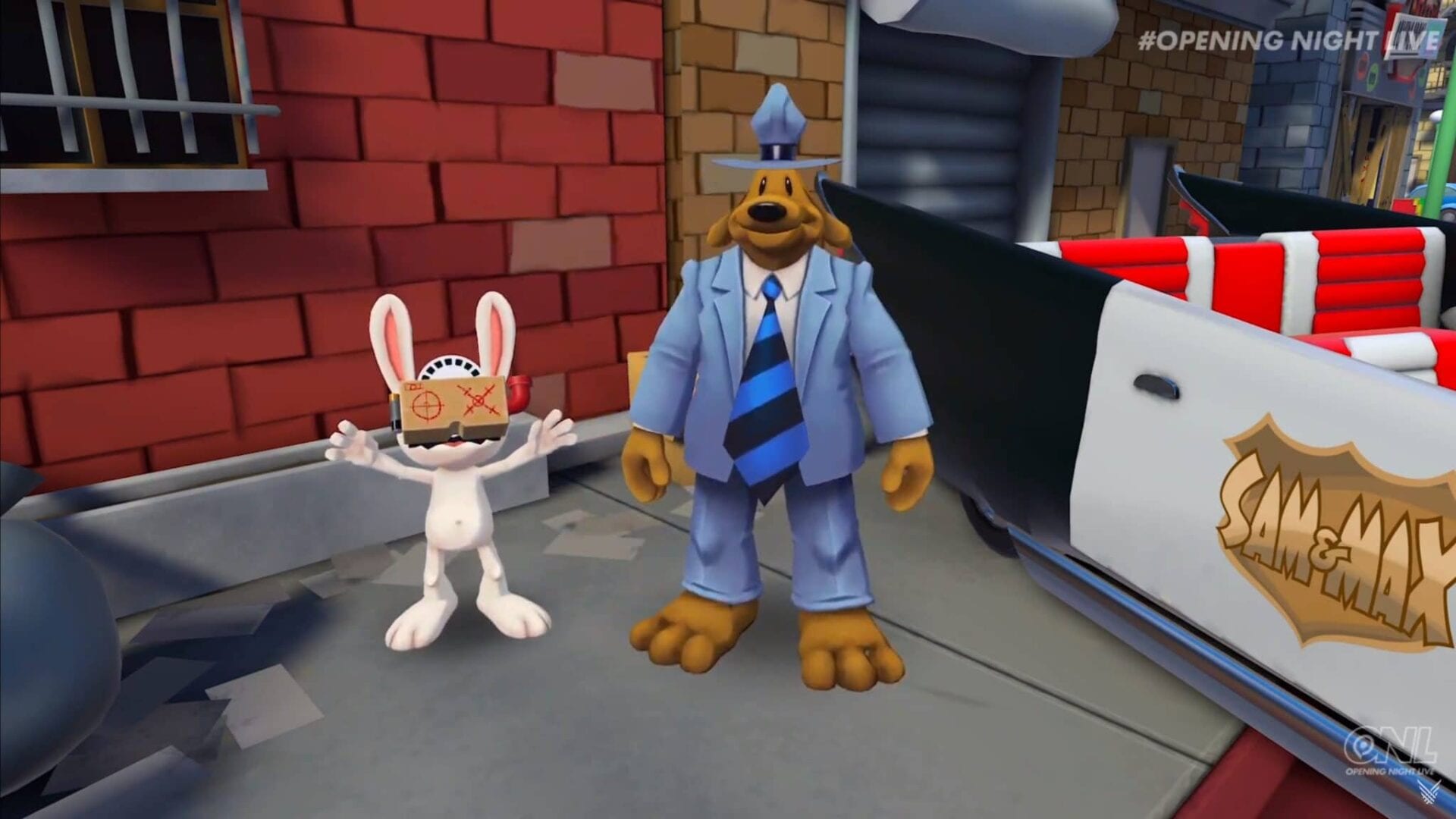 Teased briefly during the Gamescom 2020 Livestream, it looks like a Sam & Max VR game could be on the horizon, from developer Happy Giant.

In the trailer, we see Max don a pair of cardboard VR goggles, and we now know that the title will be a VR experience. The short trailer ends with a placard that reads that more information will be revealed soon.

Sam & Max are the stars of classic point and click adventure games that date all the way back to the ’90s, developed by LucasArts, and saw a brief revival under TellTale in 2005.

Originally created by Steve Purcell in his youth, Sam & Max are comedic vigilante detectives that often end up causing more chaos and destruction than doing any kind of meaningful police work.

Sam is a six-foot tall dog, dressed in the manner of a classic gumshoe detective in a pressed suit and fedora.

Max, meanwhile, is a small and very energetic rabbit who very much suffers from a Napoleon complex, and his attitude and aggression are far outsized compared to his diminutive frame.

The pair cruise around in a 1960 DeSoto Adventurer, which is seemingly impervious to damage, as evidenced by the reckless and flagrant disregard for the law that they often show.

Cases have taken Sam & Max to such exotic locales as the Moon, Ancient Egypt, the White House, and the Philippines, in addition to various fictitious locales.

Debuting as a comic series in 1987, the dynamic duo has also appeared in both graphic novel and webcomic formats, but it wasn’t until the release of the 1993 game from LucasArts that the IP garnered a larger audience.

In 2005, TellTale Games acquired the property and Sam & Max made the leap to 3D, and the game was released episodically, running for two seasons, with an accompanying 20 minute Machina being released alongside it.

While we don’t have much to go on yet, it looks like the anthropomorphic crime-solving duo could be making a comeback in the near future, developed this time by studio Happy Giant.