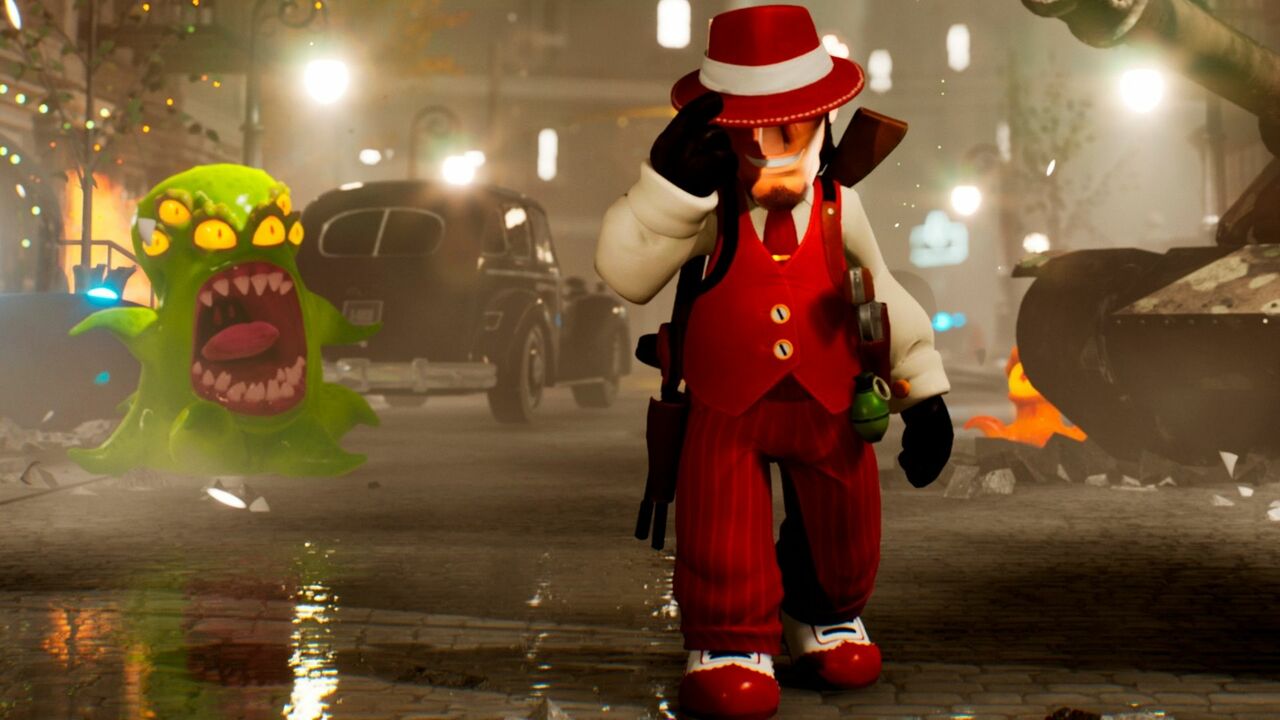 Spanish developer Wildsphere has just released their PS5 exclusive action-adventure game, Timothy’s Night, and to commemorate the occasion, the company dropped a launch trailer to whet everybody’s appetite. Go ahead and check out the recent video down below:

As you can see, the footage of Timothy’s Night looks, well, pretty damn wacky, right? From gelatinous aliens that want to bite your head off to gangsters rocking tommy-guns, it’s safe to say that Wildsphere’s bizarre open-world action-platformer is filled to the brim with crazy ideas. Plus, it also boasts a pretty snazzy jazz soundtrack, which is always nice.

If the game managed to fly under your radar undetected, don’t worry, you’re not the only one. To be honest, we’ve only just heard about it, too.

Interestingly, Timothy’s Night is officially a follow-up to 2018’s Timothy Vs The Aliens, which wasn’t particularly very well-received by critics. Hopefully, this latest sequel will bode better with critics and audiences alike.

For more information, here’s a rundown from the game’s official press release that we received today:

WildSphere releases Timothy’s Night on August 27th exclusively for PlayStation®5, a title that has been completely redesigned for Sony’s new hardware. The game is available at €19.99 in Europe and $21.99 in America and can be downloaded digitally from the PlayStation™ Store. The use of the DualSense™ controller is required to enjoy the advanced features included in the title. English and Spanish languages are available from day one, but more languages will be added in future updates.

Timothy’s Night is an action and adventure open-world videogame where we return to the streets of Little Fish City, YOUR CITY. Explore the city on foot or by car, and use your powerful arsenal to fight the aliens, all this with advanced DualSense™ integration. Enjoy the main story but don’t forget about the many fun side quests scattered around the city and reclaim Little Fish City in style as the bullets fly while listening to the city’s best radio station.

This project, which is based on the previous title of Timothy’s universe, has been exclusively redesigned to make the most out of the features of PlayStation®5.

But what say you, though? Are you going to be checking out Timothy’s Night? Or will you be giving it a wide berth? Don your favorite pin-stripe suit and let us know in the usual place down below.