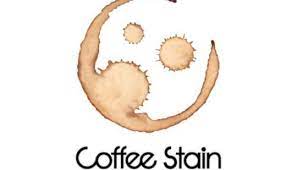 Coffee Stain’s Publishing branch, the team involved with the production of indie hits like Valheim and Deep Rock Galactic, has partnered with Box Dragon, a brand-new game Swedish studio set up by industry veterans from Riot Games and Battlerite developer Stunlock Studios. Their debut project will draw upon the team’s background in board game design and feature a lush semi-stylized post-apocalyptic world.

Box Dragon is led by co-founders Kevin Chang and Karl Bergström, two Stunlock Studio veterans that were behind the team arena brawler Battlerite. Chang, with a background in board game design alongside his previous position as Systems Designer and Product Owner, is now Game Director at Box Dragon, while former Battlerite Technical Director Bergström is now CEO and Tech Director for the team.

Aleks Nikonov is the studio’s art director, recognizable to many in the games industry as the mind behind some of League of Legends’ most iconic art. The studio has also recently filled a variety of other roles, though a press release today explains that Box Dragon is still looking for a sound designer, a producer, and an additional programmer to make their mark on its exciting new project.

“To have Box Dragon on board is another great moment for Coffee Stain. We want to be helping developers that are original, unique, and ground-breaking, and the Box Dragon team are all those things and more.

“The Box Dragon team is already packed with incredible talent and features the minds behind some incredible, and even iconic, games. We’re really excited to be working with them, and can’t wait to share more details about the project when we can.”

“We are incredibly proud to be working with Coffee Stain, a publisher that has become synonymous with originality and creativity. They’ve helped support some of the industry’s best success stories, and we’re so excited for their support as we develop our first project. Things are under wraps at the moment given how early we are in the development process, but we’re looking forward to sharing more as soon as we can.

“The partnership has also empowered us to grow our team with even more talented and creative members as we continue development, and I can’t wait to see what we can create together with Coffee Stain.”