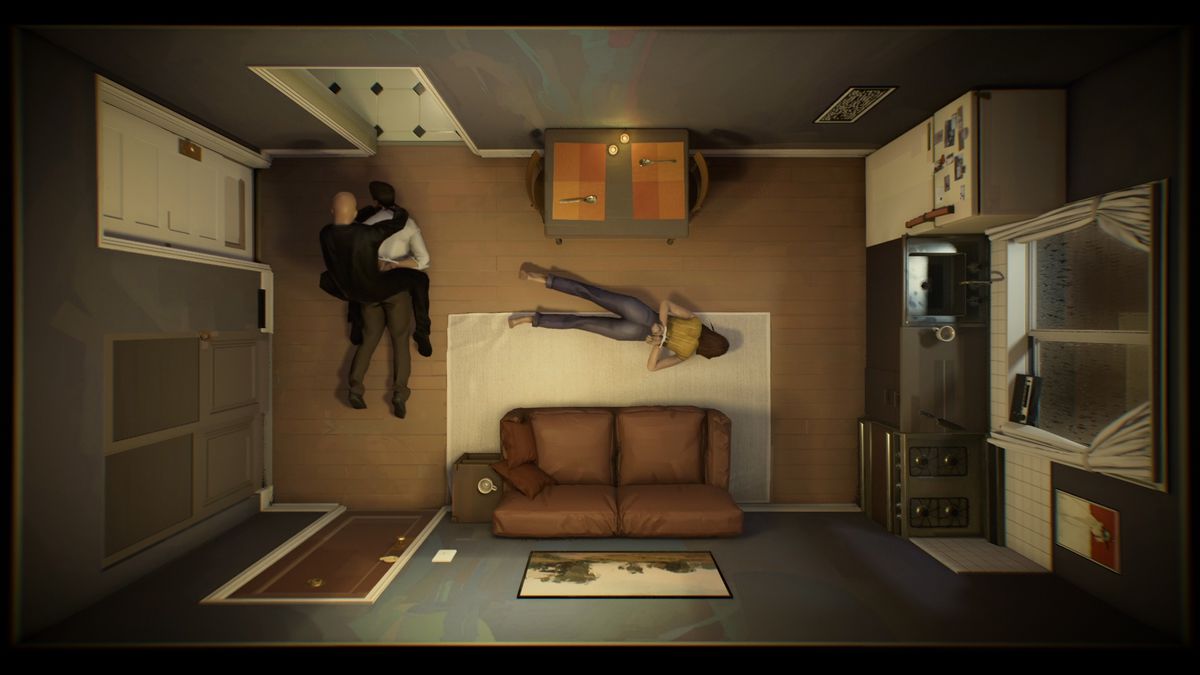 We’ve had to wait a long time for developer Luis Antonio’s mysterious time-bending adventure game, Twelve Minutes, but the hour of launch is finally nearing, and today’s launch trailer dials up the anticipation.

If you’ve somehow not heard of Twelve Minutes, it’s a point-and-click adventure game that takes place in a single apartment suite shared by a man and his wife. It is played from a top-down perspective in 12-minute cycles that loop and repeat as different iterations of the same tragic tale are retold and reexperienced with slight variations; namely, the man learns his wife his pregnant before a police officer knocks on the door, accuses his wife of murder, and then attacks both of them, killing his wife and her unborn child in the process.

By changing responses to questions and performing certain actions, the player is then able to try and altar the course of events.

The game’s developer, Luis Antonio, first showcased the game back in 2015, but progress moved at a slow pace before publisher Annapurna Interactive helped him to finish the game during COVID-19. Not least, assisting in the casting of James McAvoy, Daisy Ridley, and Willem Dafoe as the game’s main characters. Its release this month was confirmed back in June, which came in tandem with a new trailer.

Twelve Minutes is exclusive to Microsoft platforms, and it will come to Xbox Game Pass on day one. Standby for Twinfinite’s review of the game coming later this week.