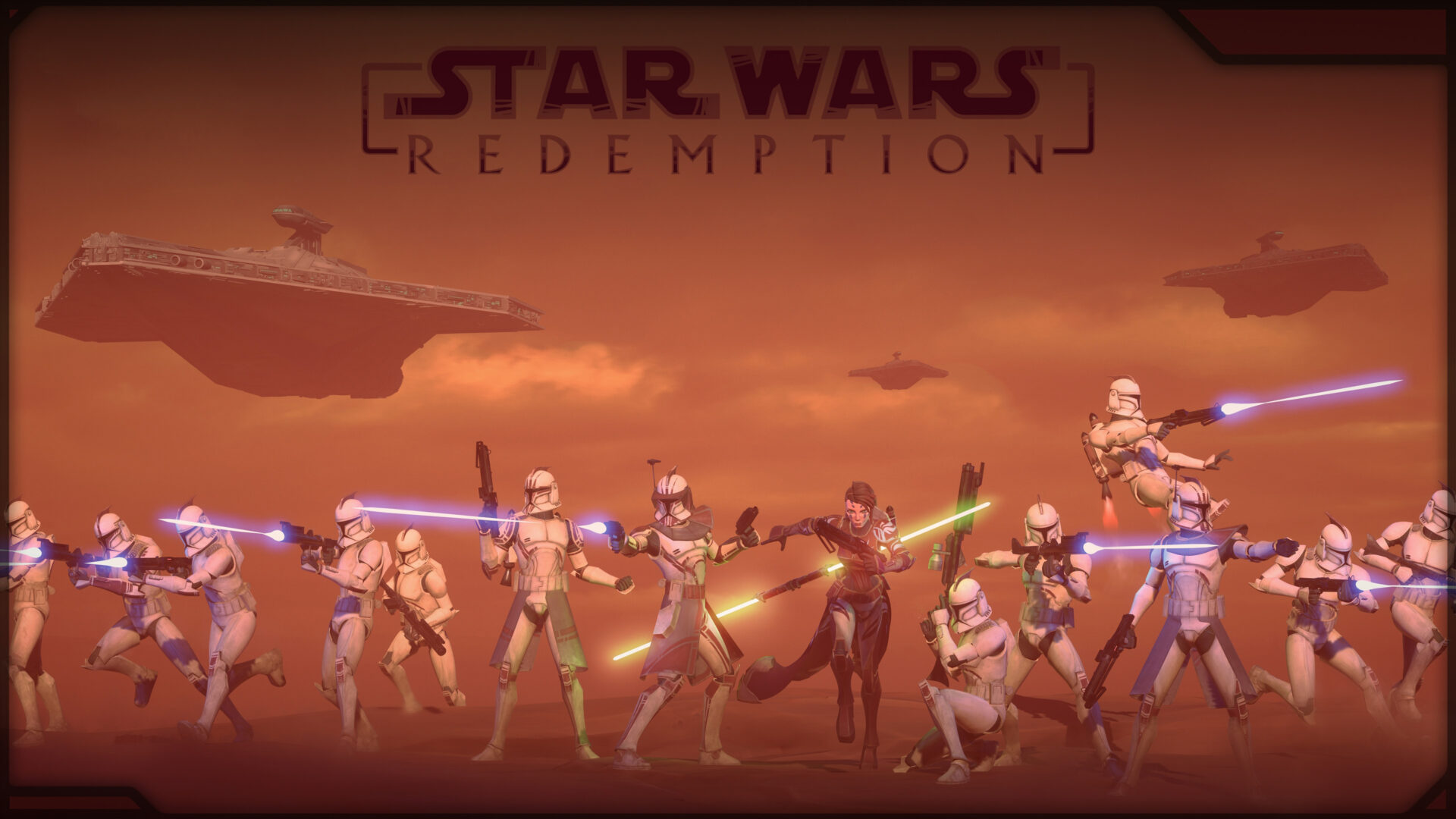 Earlier this week, the Star Wars Redemption fan project revealed a full trailer alongside a demo. As you can see in the video below, the idea has come a long way since its original inception, bringing Game Artist Etienne Beschet’s idea of a Clone War Jedi to life.

In a post dedicated to the launch of the trailer and demo, Beschet went on to explain their plans for the Unreal Engine 4 Star Wars project, which we’ve summarized for you down below.

“Star Wars – Redemption” is the temporary title I’ve found for a fanmade project inspired mostly by the Clone Wars TV series and, of course, Star Wars universe. At the beginning it was just about a Jedi in a clone outfit and the more I spend time on it, the more new stuff is added to this base concept. I’ll add all things about it here, it’s the project’s main page. But you may see individual assets on separated projects if you want.

As it’s a fan project I don’t spend the time I’d want on it, the evolution will be chaotic in terms of regularity. The project may take place between Ep2 & Ep5 or more, I’m not done yet with the story. I work on it with Thomas Chaumel who is the animator behind most of the moving characters & objects in Redemption.

Anyone interested in trying the demo for themselves can head over to this link right here and download it for free. As the game is resource-heavy, it is advised that anyone trying it out have a good 1070 GTX, or else it won’t run well.

We’ve also listed plenty of other artwork and resources from the game right down below, so feel free to check them out.

If you’re still looking for some more Star Wars content, check out all of the related articles we’ve got for you down below.