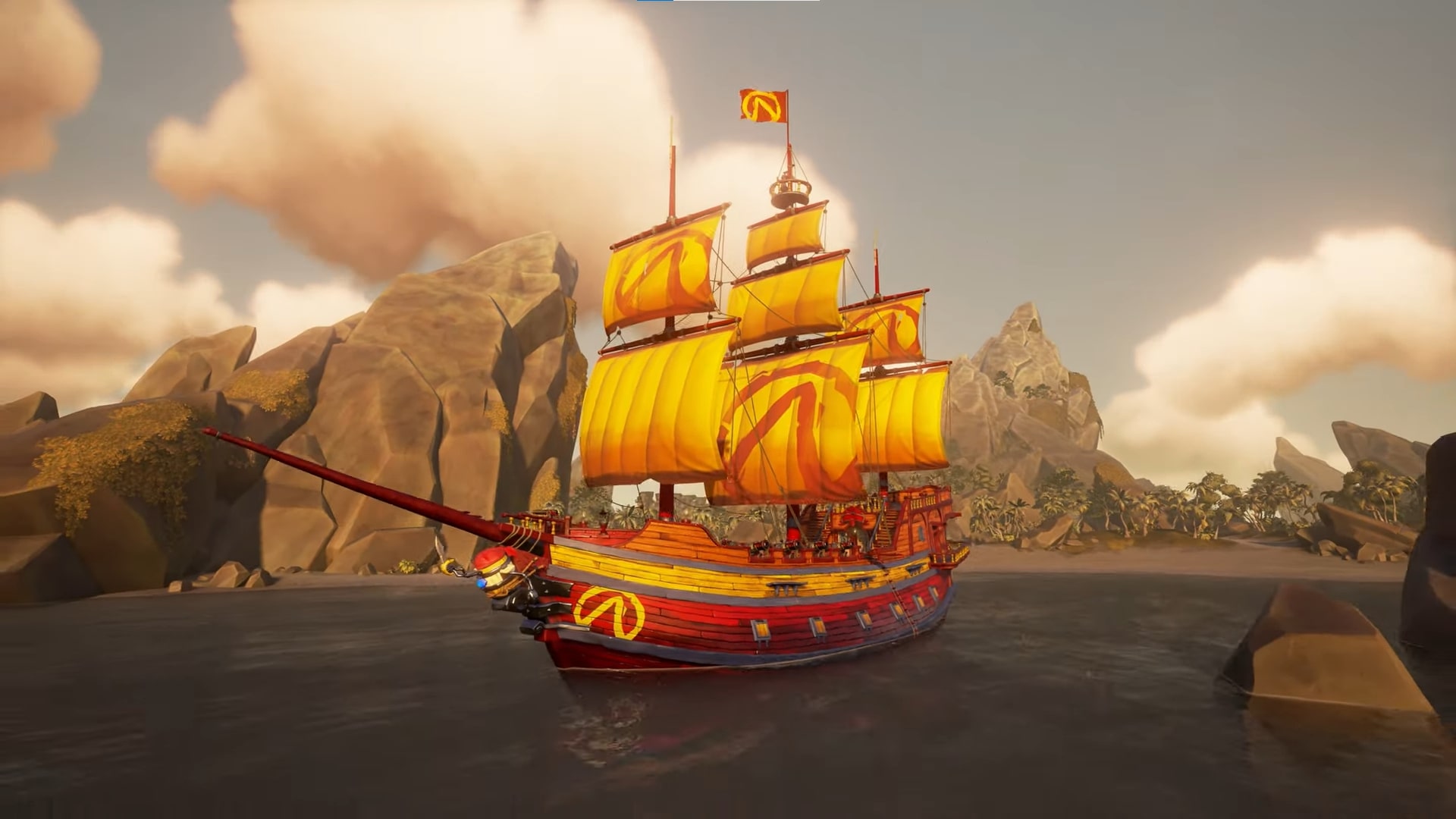 The Xbox Gamescom 2021 stream is currently live, and unsurprisingly, Sea of Thieves has just made an appearance with a new trailer. The game has been part of a few crossovers, so here’s one more to add to the list. Sea of Thieves is adding a Borderlands-inspired ship set as part of its Making Mayhem event.

Players can earn this ship set by gaining enough Favour during the event, which lasts from Aug. 24 to Sept. 7. Head over to an outpost during that timeframe to find more of the details on everything going on in the event. There will also be some chaotic activities involved, and that’s fitting for a Borderlands crossover.

You can get a quick look at the Borderlands crossover ship in Sea of Thieves in the video below:

You can check out the full recording of the live stream on the Xbox Twitch channel or YouTube channel to see more of what was announced during the Xbox Gamescom 2021 presentation. You’ll be able to see all of the other trailers or announcements that you may have missed during the event.

The full YouTube or Twitch recordings will let you have a look at everything that was shown off today.