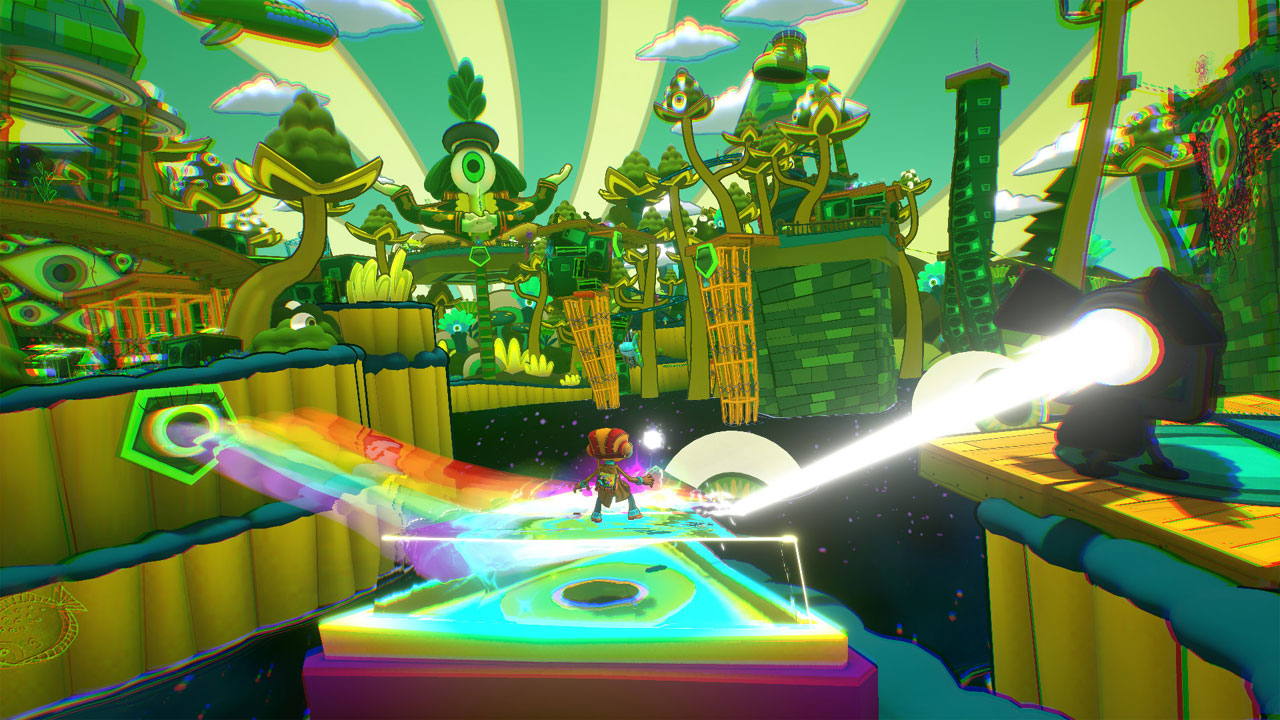 Psychonauts 2 has officially gone gold — a point in development where the game is finished and sent to factories for mass production. After a long and turbulent development cycle, the game is set to release on Aug. 25 and will be on Xbox Game Pass day one.

Psychonauts 2 will be available on Xbox One, Xbox Series X|S, PlayStation 4, PlayStation 5 (through PS4 backward compatibility), PC, Linux, and Mac.

The Franchise follows the adventures of Raz, a child with psychic powers that wanted to join the Psychonauts, a kind of task force for crimes of the mind and beyond. Raz and the other Psychonauts can enter a person’s mind with their powers and find things that have been implanted, like ideas and secrets, in order to return things to normal. When journeying inside people’s minds in Psychonauts 2, things can get very psychedelic and allegorical.

The gameplay in Psychonauts 2 is that of an action platformer, where Raz can explore and jump around the stages while also fighting enemies. Raz is able to defend himself by using fire through his pyrokinesis, moving objects with telekinesis, levitating, and more. Enemies are literal manifestations of things that usually go through your mind, like censors, bad ideas, regrets, doubts, and a few others.

It was also recently revealed that Raz’s family will be a big part of the story in Psychonauts 2. In the first game, he ran away from home to join the Psychonauts, and now his family has come after him.

The game was developed by Double Fine Productions, a studio founded by ex-LucasArts’ Tim Schafer. The studio has been acquired by Microsoft in 2019 to become part of Xbox Game Studios, but their games will still come out on consoles other than Xbox.