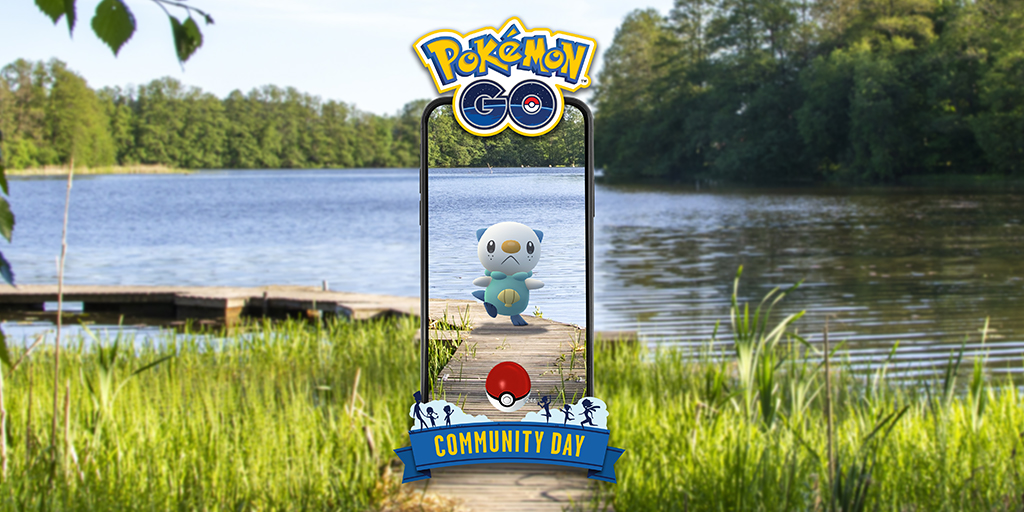 Earlier today, Niantic revealed in a blog post that Oshawott will be the featured creature for Pokemon GO’s September Community Day event. This is the first time since January 2020 that a Water-type starter will be the single featured ‘mon for Community Day.

Starting at 11 AM local time until 5 PM local time on September 21, Oshawott will be appearing more often in the wild along with a shiny version of the Sea Otter Pokemon. And if you have some Rainy Lures on hand, you’ll be able to attract even more Oshawott by putting one of those special lures on a Poke Stop during the Community Day event.

And just like past Community Day events featuring a Water-type starter Pokemon, the fully evolved form of Oshawott (Samurott) will learn the attack Hydro Cannon. This is a powerful attack to use in raids, but it’s more commonly seen in PvP on Pokemon like Swampert and Blastoise.

But that’s not all Samurott will be getting for Community Day. For the first time, a featured Pokemon will get a new move permanently added to its move pool. The powerful Water-type attack, Razor Shell, is going to be a permanent addition to Samurott’s charge moves.

The list down below are all the same standard features that are in just about every Community Day event:

As for the bonuses that you can expect during Oshawott Community Day, Lures and Incense will both last for three hours at a time and Catch XP will be tripled during the event.

If you would like to read the official release about Oshawott Community Day in Pokemon GO, you can find it right here.