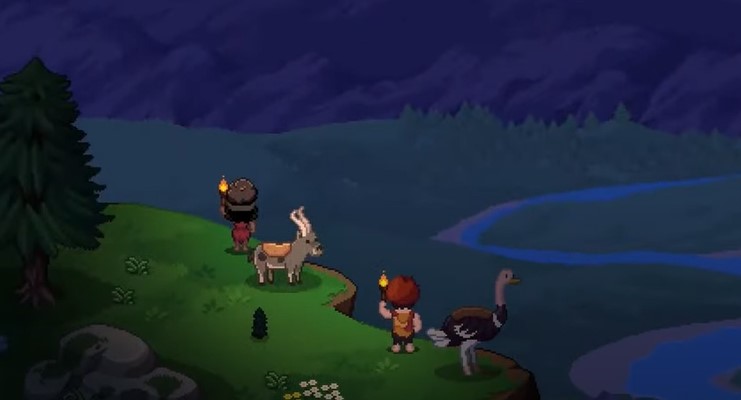 Earlier today during the Awesome Indies Show a new trailer for Roots of Pacha detailed the thoughts and ideas that are going into the creation of this title. The game is being developed by Soda Jam, a pair of brothers who were just wanting to play more co-op games together while being physically apart.

One of the important themes in Roots of Pacha is all about looking at how certain things that we take for granted came to be such as harnessing fire to humanity’s benefit, domesticating wild animals, storage of surplus food, irrigation, and much more.

The game also looks at how early humans lived and how they started from seemingly nothing to building societies where people can not only survive, but thrive. The online co-op feature was put front and center in this trailer, but players also have the option of playing through the entire game by themself.

This game releases for Nintendo Switch and PC via Steam next year. As of right now, there is no more specific launch window for Roots of Pacha within 2022. The game is currently available to wishlist on Steam. If you want to learn more about the game, then just head on over to the official Roots of Pacha website.