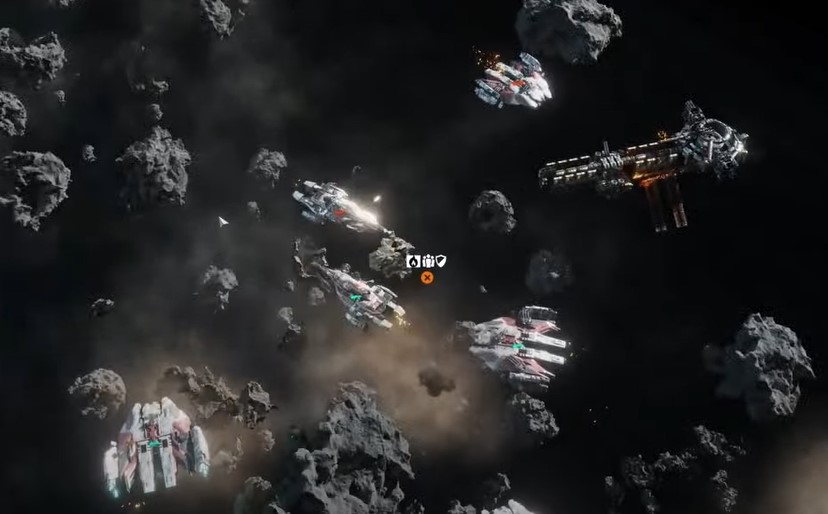 Earlier today during the Awesome Indies Show a new trailer detailing the sheer depth of gameplay in Falling Frontier was shown off. This PC-only game is a sci-fi RTS title that also mixes in some elements of the 4X genre.

Like your standard RTS games, a big part of Falling Frontier’s gameplay is all about resource management. Each ship in your flotilla consumes ammunition every time you jump into battle. But on top of that, the crews operating the ships will consume food.

And you’ll want to make sure that you keep your crew safe because even inside of the ships they are not sure to be safe. The people commandeering the ship can sustain damage and injuries during battles just like the outside of the ships do.

Besides the resource management, there’s also a bit of customization to the ships which is more common in the 4X genre. Just like how your crew and ship internals can be damaged in battle, they are also upgradeable to becoming stronger and more effective.

And if you really want to get sneaky, it’ll even be possible to upgrade your ship to give it the ability to latch onto a nearby asteroid in order to hide from enemies. From there, you’ll be able to launch a surprise attack on any enemies that are unfortunate to pass by your hiding spot.

And if you’re very lucky the enemy ships that pass by will have crew members with key information on ship movements. If that’s the case, then you’ll be able to capture enemy combatants and interrogate them. You won’t know beforehand what information they have if any, but it’s worth trying. Conversely, you can also save friendly crewmembers from their ships if they end up in a tight spot.

Falling Frontier is set to release exclusively on PC later this year.

If you want to check out all of the other amazing indie games shown off at the Awesome Indies Show, then just take a look at the full stream down below.