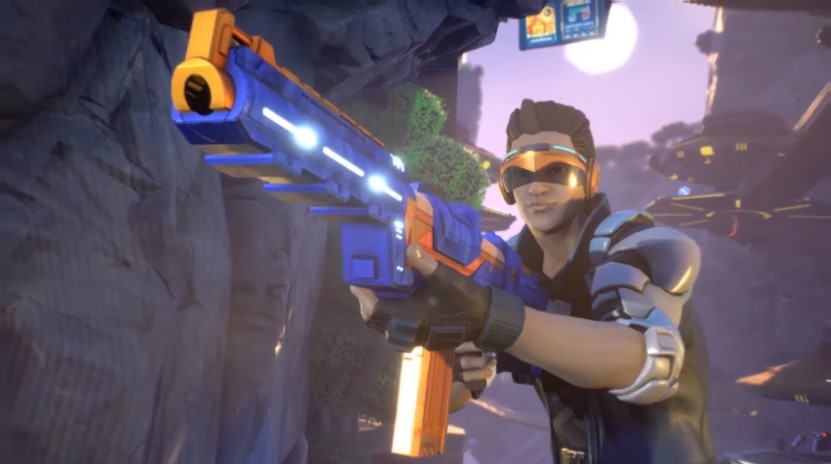 Earlier today, it was announced by GameMill Entertainment that their sci-fi FPS game, Nerf: Legends will be launching this October. And if you own just about any last-gen console, current-gen console, or PC, then you already have compatible hardware.

In this foam-filled FPS game, you’ll have over 15 different Nerf guns to choose from. And a handful of them will even be models that launched just this year.

On top of that, the single-player campaign will feature 19 different sci-fi locations. You’ll even be able to customize your playable character as well as their weapon skins and completely wild perks.

But if single-player campaigns aren’t your jam, then there’s always the online 4v4 or eight-player free-for-all modes.

Clearly, the weapons in this game are all rooted in reality, but the perks you can unlock for your weapons are absolutely not. Just a few that are mentioned are the magnetic pull darts, push darts, seeker darts, and slow darts.

Alongside the information from GameMill Entertainment (Nickelodeon All-Star Brawl), an announcement trailer for Nerf: Legends was also dropped today. You can check out the official trailer right here or further down.

You can pick up Nerf: Legends for PS4, PS5, Xbox One, Xbox Series X|S, Nintendo Switch, and PC via Steam when it launches later this year in October. But if you can’t wait until October, then you can pre-order the game today on any one of the aforementioned console platforms.

If you want to learn more about this game, you can check out the official Nerf: Legends website.