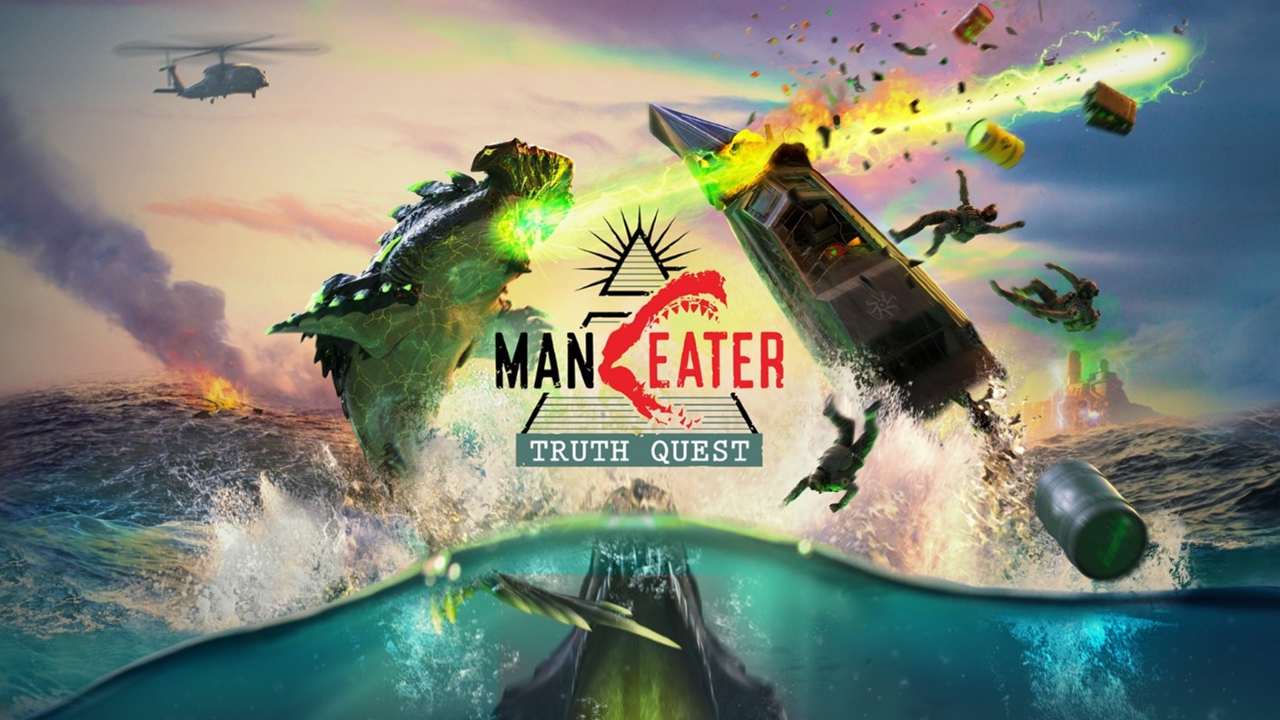 Today, Tripwire Entertainment has released the first DLC for their shark action RPG, titled Maneater: Truth Quest. You can check out the official launch trailer down below.

In this brand new, out-of-this-world adventure, players can experience a boatload of crazy new features and abilities, including a new story, wildlife, bounty hunters, and objectives. We’ve broken down the exact update fans can expect below, straight from the press release.

The long wait is finally over! Over a year ago we launched Maneater, and the community response has been fantastic,” said Sean McBride, Creative Director at Tripwire Interactive. “The team has been hard at work and Truth Quest is finally here! With it, we have tons of new challenges, an entirely new area to explore, lots and lots of new things to eat, and evolutions to unlock. Find out what Scaly Pete was referring to when the locals talked about ‘Gub’ment Experiments’ lurking the waters of Port Clovis. Bring a tin foil hat, because you are about to swim deep down the rabbit hole of conspiracy and military coverups. Trip Westhaven is going to blow this whole thing wide open!