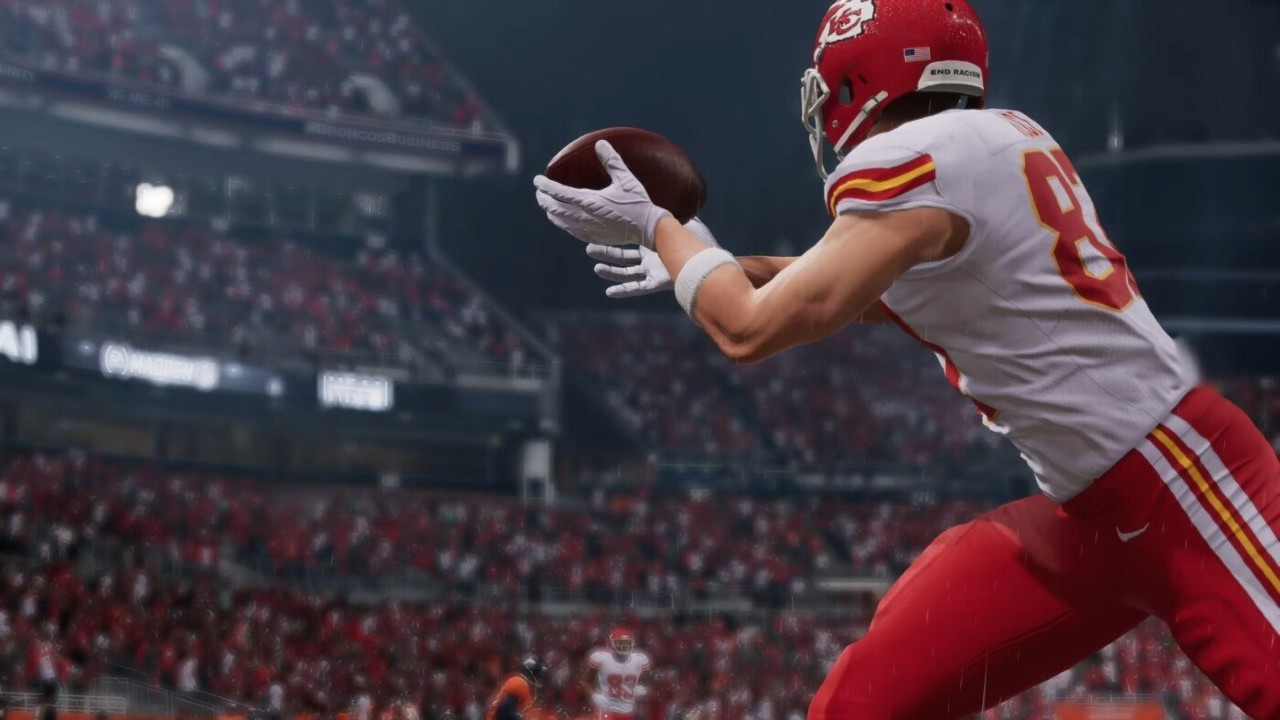 Madden NFL 22’s “Primetime” achievement requires you to gain over 50 total yards while using Celebration Loco over the course of a single game. In other words, you’ll need to cover half the field while doing Deion “Primetime” Sanders’ high-step celebration. Doing this will net you 40 Gamerscore on the Series X|S version of the game, or 50 Gamerscore on the Xbox One, and it’s a very easy one to unlock if you follow this guide. Two methods will be explained, one of which requires two controllers, and the other requires just one.

Getting the Primetime Achievement in Madden NFL 22

If you have two controllers at your disposal, this is definitely the method to use, as you’ll be able to knock the achievement out in just two plays. Alternatively, if you have a friend who can help, that will work just as well. Start up an Exhibition Match with two controllers, one per team, using any two teams of your choice. On the opening coin flip, make sure that the team your main account is controlling receives the ball, by either electing to receive or defer, depending on who wins the flip.

On the first play, do a run play and run backwards to your own 5-yard line, then out of bounds. Make sure not to celebrate as you run backwards, as that may go down as negative yardage while celebrating, and you certainly don’t want that. For the second play, you want the defense to run a field goal block. This is found under “Play Type”, “Special”, then either of the field goal block plays. On offense, run any quick passing play. Your receiver will be wide open, as the entire defense is trying to block a field goal that you aren’t kicking.

As soon as your receiver catches the ball, hold down the left trigger and starting running downfield. Left trigger will make you high-step on the defense, but you will be much, much slower. Try your best to get 50 yards before you get caught. If you don’t quite make it, run the exact same field goal block/quick pass play a second time, and that should certainly put you over the yardage threshold.

This is called the hard method, but it’s really not all too difficult. It’s just significantly slower. Since you’ll be playing against the AI, you won’t be able to control their play calls, so play as an offensive powerhouse, such as the Buccaneers or Chiefs. Set the AI to play as a defensive mess, such as the Texans or Falcons. Now, you’re going to want to celebrate every chance you get, as long as you’re past the line of scrimmage, so you don’t get negative celebration yards. High-step after every catch, on every run, and on every return, and you should be able to gain 50 yards over the course of four quarters.

Madden NFL 22 has 19 achievements on the Series X|S, and 16 on the Xbox One, and “Primetime” is among the easiest, especially if you followed this guide. Most of the achievements relate to offseason signings, season accolades, or winning online games, so easy miscellaneous achievements like this are the most exciting to go for. When the game releases on August 20th, make sure to knock this one quick.