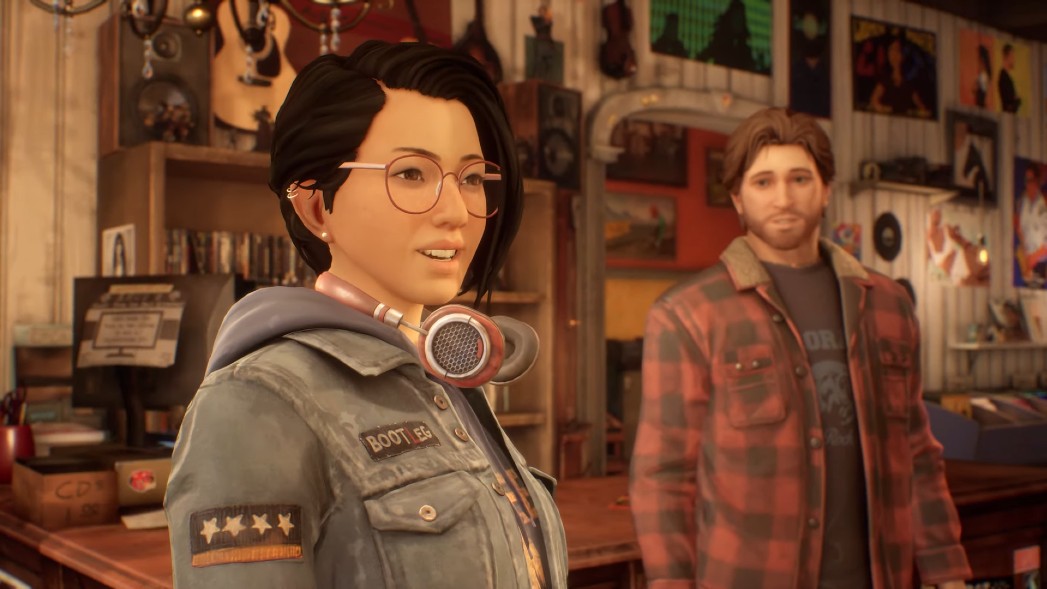 Today, Life Is Strange: True Colors gave fans the first look into its gameplay, which you can see in the official trailer right down below that shows off over 13 minutes of footage from the game.

In this exclusive walkthrough, the game shows off one of its featured locations: Haven Springs’ Record Store. The video gives players some insight into characters and features they can expect in Life Is Strange: True Colors, which works very similarly to previous titles.

One notable sequence sees Alex try and find a way to lure the store’s cat off of a list that she needs to progress the story. There are a few different options, but none of them work at first. Further pursuing the store uncovers a cat toy that gets the feline away from your intended item.

The trailer ends right after a small display of Alex’s powers, as she overhears a conversation, externally and internally, between Steph and someone over the phone.

If you’re interested in more information about the upcoming game, Square Enix provided the following synopsis on its website:

Alex Chen hides her ‘curse’: the supernatural ability to absorb and manipulate the strong emotions of others. When her brother dies in a so-called accident, she must embrace her volatile power to find the truth — and reveal dark secrets buried by the town.

Deep in the mountains of Colorado, you’ll find Haven Springs, a small mining town filled with beauty and mystery. As Alex, you’ll discover the shocking secrets behind your brother’s death in an emotional roller-coaster of an adventure, using your psychic power of Empathy to change fate and change lives.

Life Is Strange: True Colors is out Sept. 10, with Steph’s DLC, ‘Wavelengths’, available Sept. 30 on PlayStation, Xbox, PC, and Stadia, and coming to Nintendo Switch later this year.