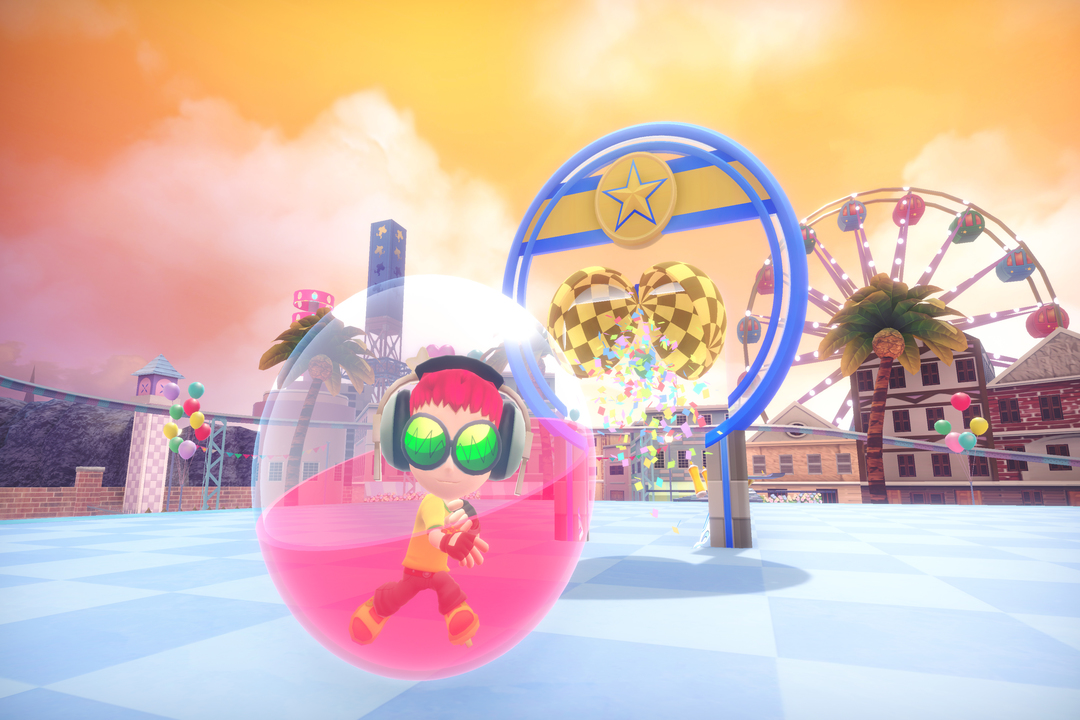 Beat will be available to unlock as a playable character through normal gameplay on every platform. In addition to that, when players select Beat to play as, instead of collecting bananas in Banana Mania’s stages, he will fittingly be able to collect colorful spray cans, a nice touch, an ode to the classic SEGA Dreamcast game.

Alongside SEGA’s Twitter announcement of Beat’s addition to the Banana Mania roster comes a new trailer focusing on the new playable character. You can view this trailer below.

The original Jet Set Radio launched on the Sega Dreamcast back in 2000, and this inline skating game focusing on grinding and graffitiing has since become a classic on the system. The game would spawn an Xbox sequel in 2002 called Jet Set Radio Future. Jet Set Radio eventually saw a high-definition remaster on Xbox 360, PlayStation 3, PlayStation Vita, and iOS-compatible devices.

You will be able to monkey around with the newly announced Beat, as well as Aiai and the gang when Super Monkey Ball Banana Mania rolls its way onto PlayStation 4, PlayStation 5, Xbox One, Xbox Series X/S, Switch, and PC on Oct. 5, 2021. The console versions will cost $39.99 while the PC version will set you back $29.99.

For more Super Monkey Ball Banana Mania, check out Twinfinite’s coverage of the game’s announcement as well as our look at the Wondrous Worlds trailer.