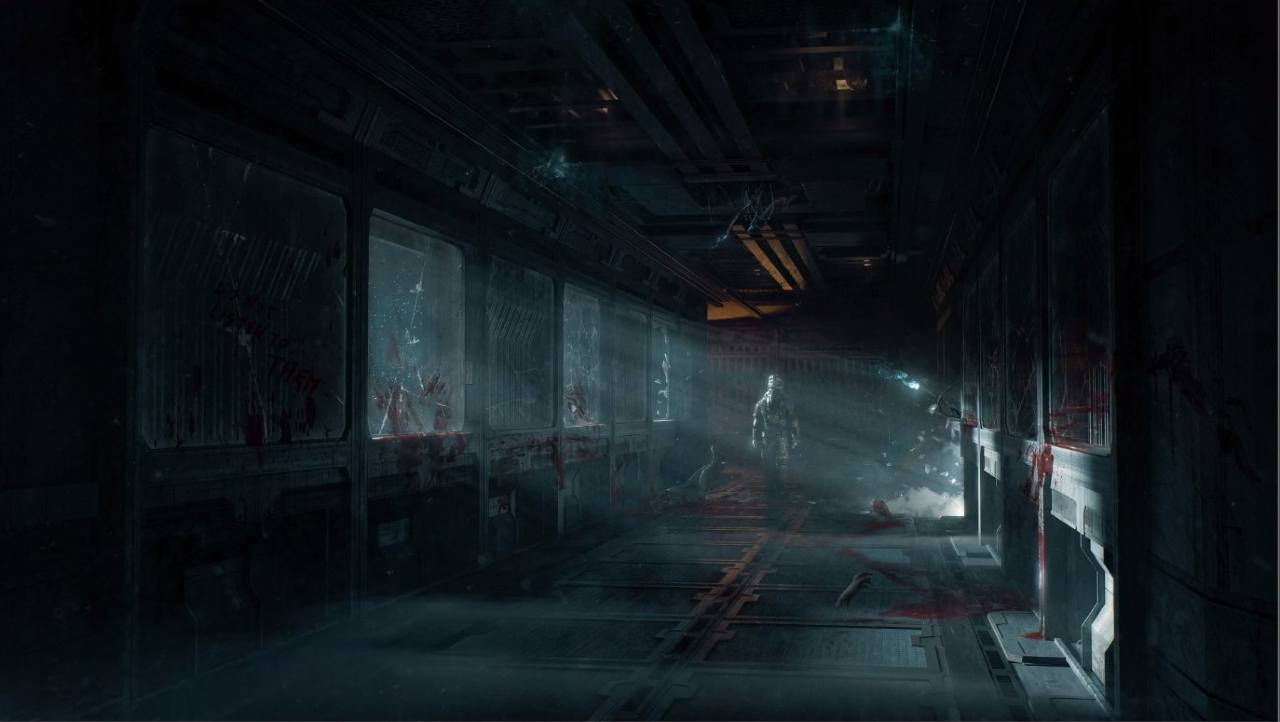 Today, Motive Studios showed off a very early look at the Dead Space remake during a livestream event on Twitch, detailing the changes that fans can expect in comparison to the original. Lead by Creative director Roman Campos-Oriola and Senior Producer Phillippe Ducharme, the showcase went into a lot of important details, including updates to the graphics and gameplay.

The first part of the livestream showed off what the USG Ishimura’s beloved Headbanger hallway looked like in the early footage of the Dead Space remake, boasting updated graphics that improved the overall ambiance. When explaining the updates, Ducharme stated that the developers have gone back into the legacy assets to recreate the Ishimura, improving shaders and lighting to make the environment look more metallic and feel more atmospheric, especially on next-gen consoles.

You can see from the difference in the screenshots below, as the Frostbite engine really helps make the ship pop.

Later on in the stream, the team also talked about the new “Peeling” system they’d be implementing into the Dead Space remake’s combat. This updated gameplay feature will see Necromorphs getting their bodies slowly chipped away at, chopping off portions or limbs without fully severing them.

Lastly, it was also confirmed that Gunnar Wright would be returning to voice Isacc Clark. This is a considerable difference from the first game, as Isacc only had a voice during Dead Space 2 and Dead Space 3. In order to make sure the immersion isn’t broken, the developers also explained that he will primarily only speak when spoken to and that he’ll also speak in situations where it would feel weird if he remained silent.

The Dead Space remake is currently in development for Xbox Series X, Xbox Series S, PS5, and PC, with no release date confirmed. In the meantime, you can watch the full livestream of the event right here.