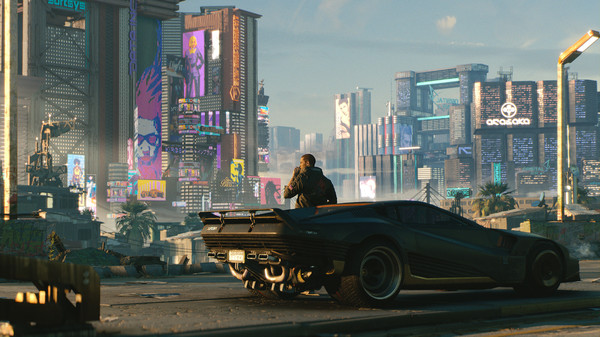 Earlier today on the official Cyberpunk 2077 website, CD Projekt Red released some brand-new details about the upcoming patch 1.3 for its latest release. Along with the written details, there were three YouTube videos released that focus on the major changes coming in the next update.

The three videos detail three different changes coming to Cyberpunk 2077 in the version 1.3 patch. The first focuses on the update coming to the minimap in the game. One of the team’s programmers, Andrzej, said, “With the new minimap system software update you are able to see more and navigate better.”

The promise of being able to see more could mean a number of things from being more detailed to actually showing more square footage on the minimap. Luckily, video number one down below clarifies this. It clearly shows that you’ll be able to see more of the area around the player with patch 1.3. It’ll be interesting to see how this improves navigation following the GPS pathing update in 1.2.

Second, it looks like there will be an update to the UI videos system. As UI programmer Natalia puts it,

“It was one of my first tasks when I moved to this project and I was digging into code for a long time because I wanted to understand our UI videos system, and at the end I realised that the problem is in video setup. Value for video time was shorter than the video sequence. This way, players will better understand the decision they are making in this story sequence.”

Finally, the Cyberpunk 2077 patch 1.3 will let you completely reset the perks you’ve selected. It will cost you some Eurodollars, but then you can feel free to play around with different builds if the one you have going now is feeling a bit stale. It’s currently unclear how much it’ll cost to reset your perks (flat cost or based on the number of current perks).

If you’re interested in seeing these changes in action, then you can check out the three videos down below. Check out the table to see which video corresponds to which update.

For those who are a little confused by this official release about patch 1.3, these ‘What’s New in Night City’ updates from the Cyberpunk 2077 team are updates about the game but written in the style of a news briefing from a Night City news channel.