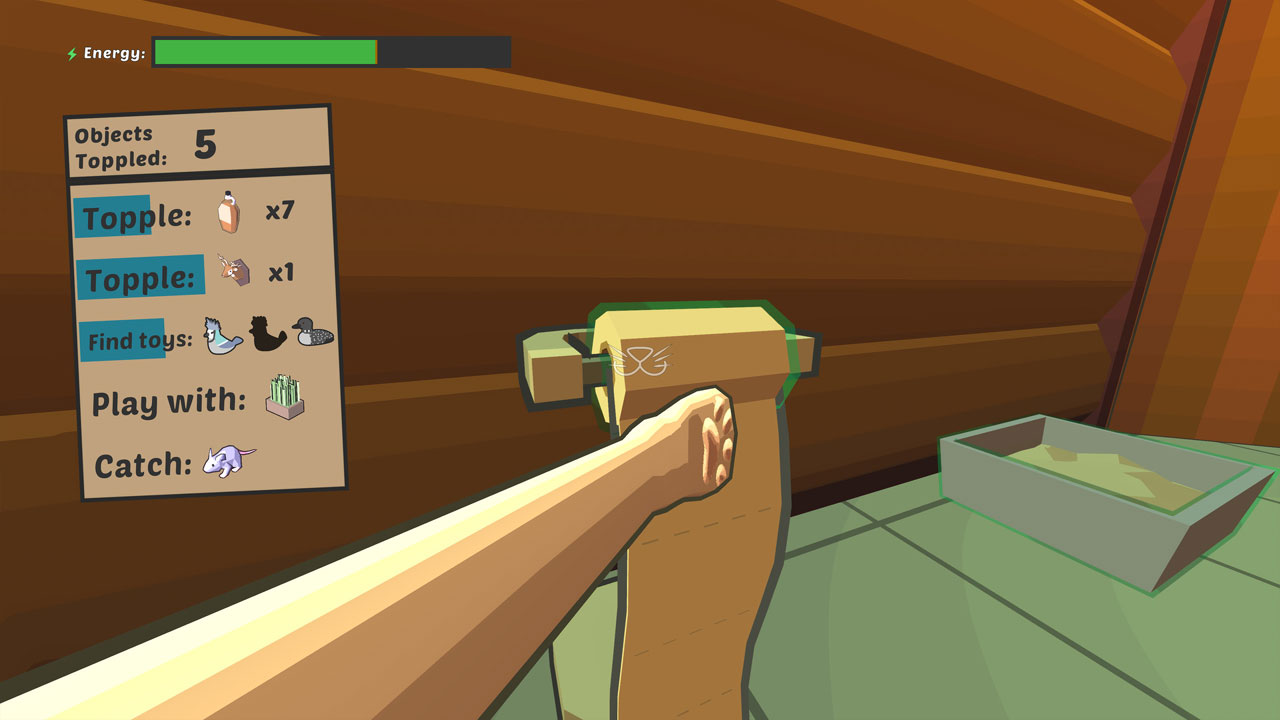 Today, it was a brand new trailer was revealed for Catlateral Damage: Remeowstered, revealing all of the new visuals and improved graphics we can expect alongside the original game. For anyone who has never played it, the game puts you in the paws of an annoying cat that loves to drop things on the floor, scratch curtains, and ride robot vacuums.

The game is a kind of physics sandbox in which players have to drop objects to cause damage, the way a cat would. Occasionally, you may need to drop certain types of objects to succeed or get power-ups to do more damage.

This new version of Catlateral Damage features visuals remeostered as the title suggests, a new interface, new animations, new modes, revamped soundtrack, and a complete progression redesign. You have Goals Mode, where you progress through the game to unlock new levels and modes, Litter Box Mode, which is basically a sandbox mode to relax with no time limit, and Procedural Mode, where stages are procedurally generated to always have a refreshing experience.

Throughout your adventure in Catlateral Damage: Remeowstered, you’ll be collecting extras like real-life cat photos and treats, which can be obtained by finding them on levels or as a reward at the end of the stage. Treats unlock permanent stat boosts for your cat, like jumping higher or pushing objects easier. It can also grant special abilities like a charged swat and a forward dash.

On PS5, and presumably on Xbox Series X|S too, Catlateral Damage: Remeowstered gets 4K support, faster load times, increased render distances, and support for Activities and Game Presets (for camera inversion). DualSense is used to feel the in-game cat purring and the motion sensor on DualSense and DualShock 4 can be used to control the camera, although that sounds fairly hard to do.