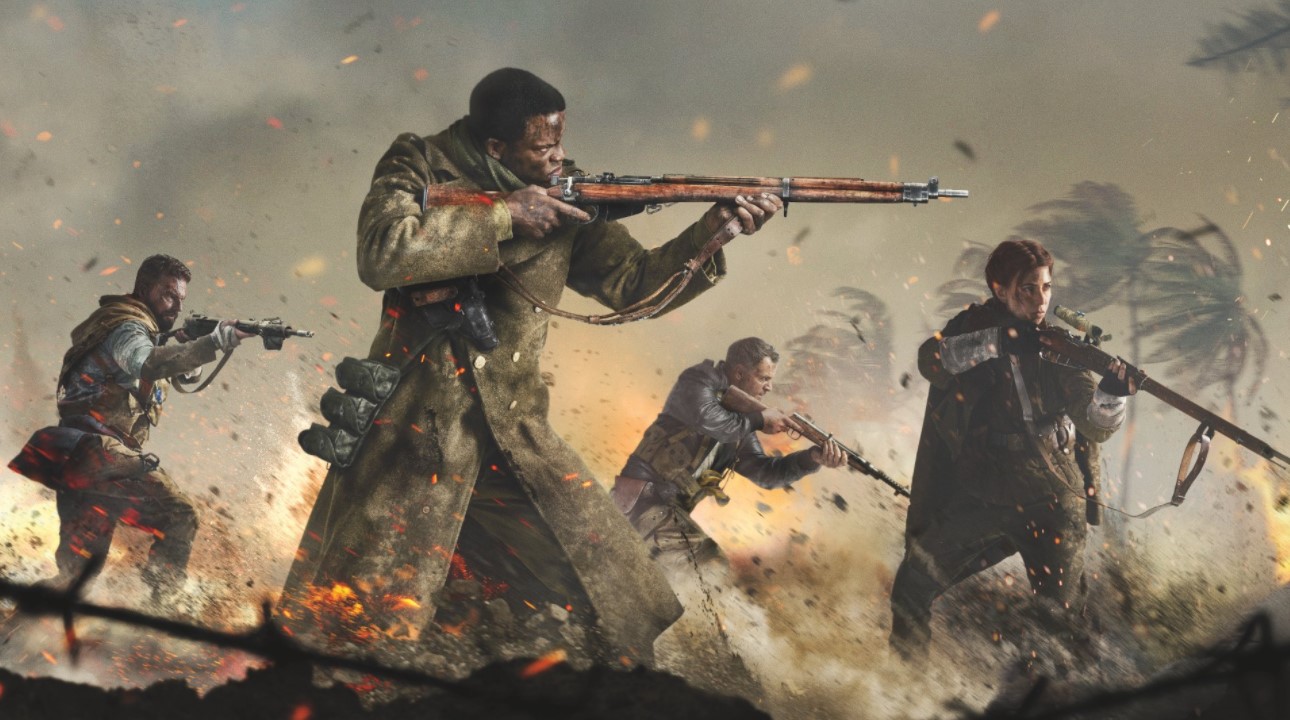 Just as it was confirmed three days ago, the next title in the Call of Duty franchise was revealed live in their battle royale title, Warzone. But that wasn’t all of the news revealed about this new title. Call of Duty Vanguard will be set during WWII and feature four different playable characters in the campaign mode.

First, the reveal trailer for Vanguard went live in Warzone. The video shows off impressive graphics in the brief gameplay clips, but arguably the biggest news is that this game will take place across four different fronts of WWII with six different belligerent nations.

In Call of Duty Vanguard, players will be able to do battle in North Africa, Eastern Europe, Western Europe, and the Pacific. And the six different nations represented in this trailer are the Soviet Union, Nazi Germany, United Kingdom, Australia, Japan, and the United States.

Then shortly after the official reveal went live, the Call of Duty Twitter account posted the Vanguard reveal trailer along with more details about the upcoming game in the replies. This is where it was revealed that not only will Vanguard take place on four different fronts of WWII, but that there will also be a different playable character for each one.

The Twitter account also revealed just a touch of information about the multiplayer experience in Call of Duty Vanguard. On day one there will be 20 maps available (16 multiplayer, four Champion Hill), which is the most they’ve ever had for a launch day.

Next, they mentioned that there will be new gunsmith systems in Vanguard, but they didn’t go into detail on what exactly is new about it. And finally, the Call of Duty Twitter teased the return of the Zombies mode. But just like the gunsmith Tweet, no major details were revealed.

If you pre-order Call of Duty Vanguard, you’ll get access to the open beta and digital pre-orders will also get the Night Raid Mastercraft gun in Black Ops Cold War and Warzone. The full game launches on Nov. 5 later this year for PS4, PS5, Xbox One, Xbox Series X|S, and PC via Battle.net.