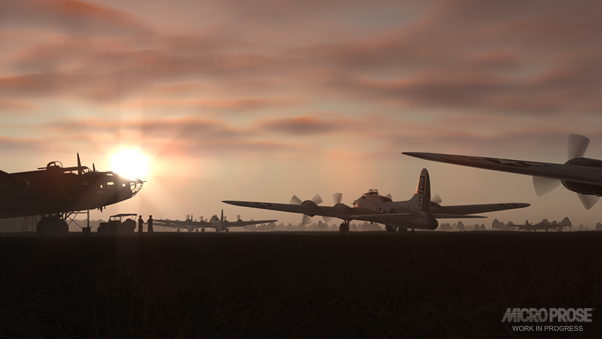 Today MicroProse announced with a press release that it will release a new B-17 Flying Fortress game.

The original B-17 Flying Fortress released in 1992 is likely one of the most iconic about the brand’s flight simulation title, so the news will likely prove welcome to many veterans.

On top of that, we learn that the developer is officially collaborating with the 100th Bomb Group Foundation for the creation of the game.

“The research support from the 100th Bomb Group Foundation key historians has enabled a level of authenticity not normally seen in simulation games today.

Stories of harrowing combat from the brave members of the ‘Bloody Hundredth’ group are vast. We have many books and primary source materials at our disposal that will help to recreate missions with a historic level of detail. Thorpe Abbotts airfield, the home of the 100th Bomb Group during the war, will be recreated with each building and local landmark in their place. Flying over the English countryside will look and feel like the conditions of how those B-17 aircraft operated.

We are very honored to have the opportunity to connect with the few veterans who are still standing and to help carry on their legacy of the Second World War.”

At the moment, no information has been shared on whether this new game is in any way connected with The Mighty Eighth, which has been announced by MicroProse itself about a year ago.