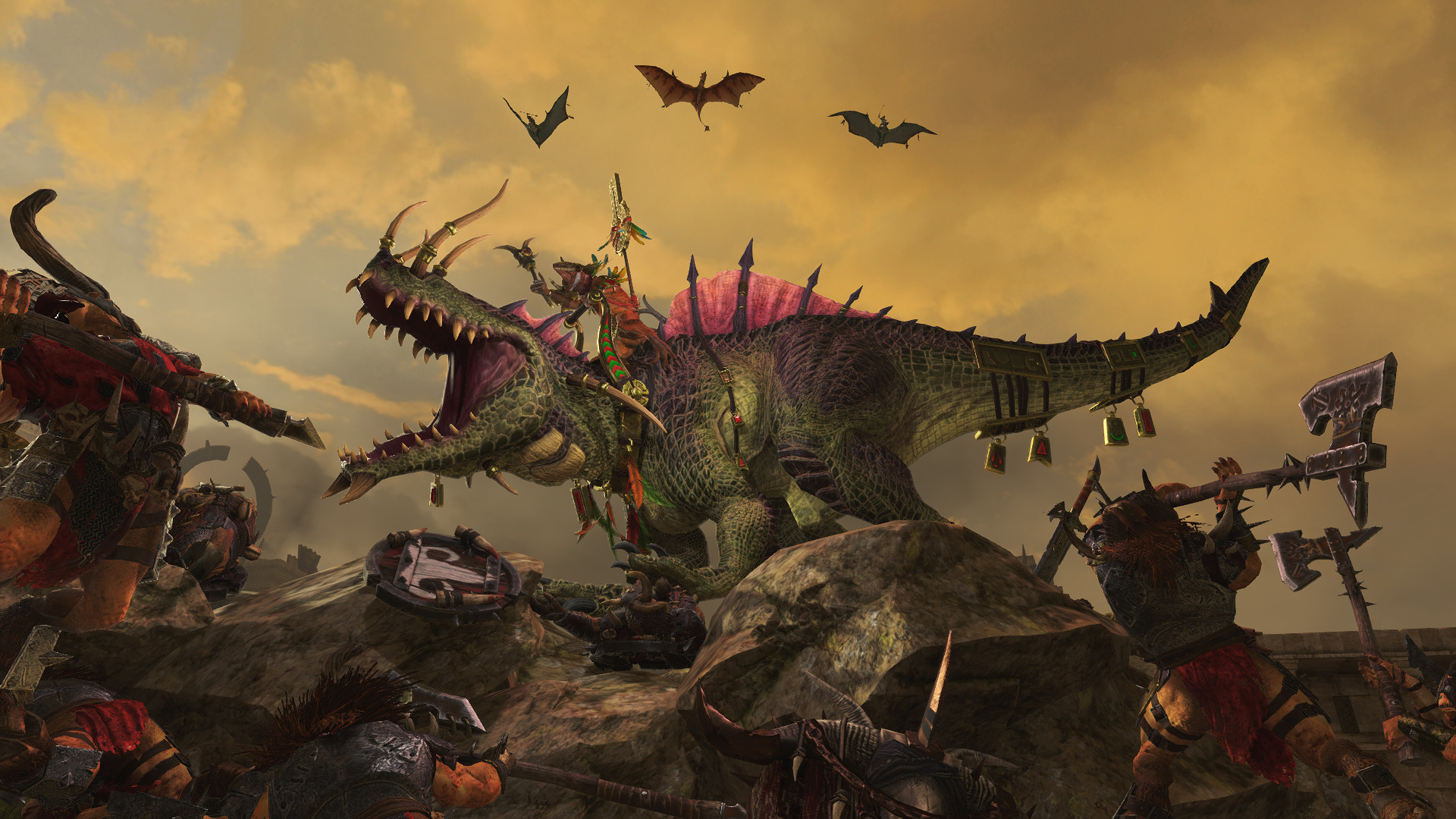 Titled The Silence & The Fury, it’ll focus on Lizardmen and Beastmen, and today we get to see more about one of the Lizardmen’s new monsters, the massive Troglodon.

You can take a look below and take a look at the previous video showing the Jabberslythe.

Formed of living bronze, the rage-filled Doombull Taurox is nigh-on invincible – save for one area on his gargantuan neck. The Chaos gods whisper to him of a ritual that can eliminate this weakness, but the promises of the ruinous powers are seldom what they seem…
Meanwhile, Oxyotl, the revered Chameleon Skink and master of stealth, scents the machinations of Chaos and rallies his cohorts. Taurox must be stopped at all costs, lest a new tide of Chaos sweeps the world. When the Silence meets the Fury in a final confrontation, who will prevail?”