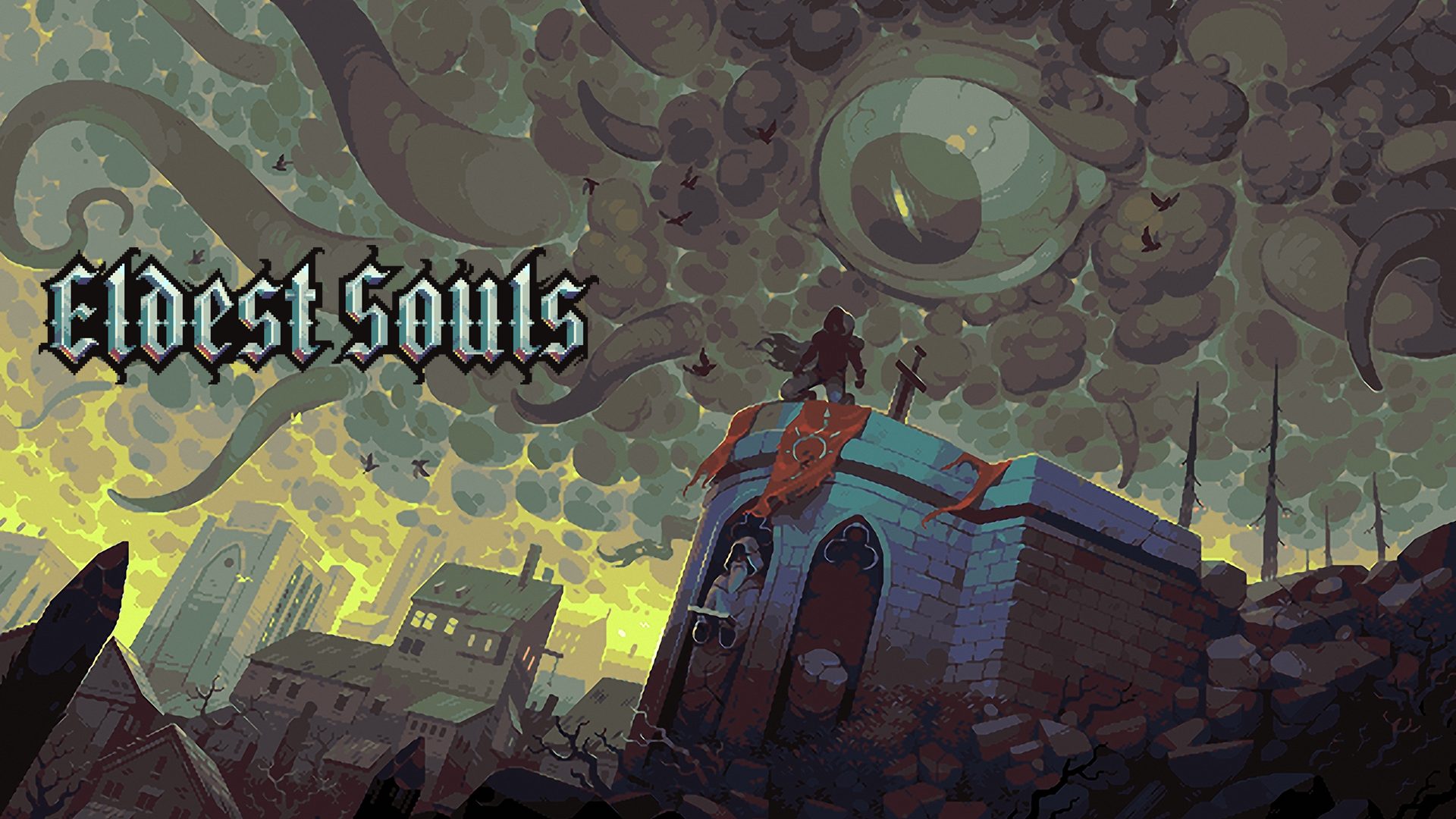 If you’ve been hankering for a new Soulslike to play, then we may have some good news for you. Yes, developer Fallen Flag Studios and indie publisher United Label have confirmed that their upcoming isometric 16-bit Soulslike, Eldest Souls, is coming to PS5, PS4, Xbox One, Xbox Series X|S, Nintendo Switch, and PC on July 29.

Eldest Souls was announced at the Nintendo Indie World Showcase last year and, at the time, was planned to be a timed Switch exclusive. Whatever happened to said timed exclusivity deal remains to be seen, though, as it now appears to be launching on all consoles and PC at the same time.

For further information, here’s an official rundown courtesy of the game’s press release:

Eldest Souls, the upcoming soulslike boss-rush game from indie publisher, United Label, just dropped an epic new animated trailer, depicting a taste of the brutal combat that awaits. Appropriately titled, ‘At the Door of Death’, this latest cinematic offers a glimpse into the vast, foreboding Citadel, inhabited by the calamitous Old Gods. Eldest Souls is coming to PS5, PS4, Xbox Series X|S, Xbox One, Nintendo Switch and PC on July 29, 2021.

Created by indie development team, Fallen Flag Studios, Eldest Souls is a ferociously challenging, pixel-art boss-rush game with a focus on fast-paced melee combat. Players must explore the consecrated Citadel, dripping in gorgeous 16-bit attention-to-detail, in search of the Old Gods – and engage in savage, soulslike-inspired combat, where every moment counts.

Focusing on only the toughest and most engaging of combat encounters – the Bosses! – each Old God presents a new and unique challenge for the player to overcome. Victors may claim the God’s celestial powers to unlock a vast array of unique Talents and Abilities, ready to customize their own personalised combat style from a multitude of combinations.

Deep within the world’s labyrinthine passages, players will also encounter intriguing NPCs, compelling questlines and a series of ominous mysteries, as they slowly uncover the truth behind the Old Gods and their agelong imprisonment…

Eldest Souls is scheduled to launch on PS5, PS4, Xbox One, Xbox Series X|S, Nintendo Switch, and PC on July 29.

In the meantime, what say you? Does Eldest Souls look like a Soulslike you can get down with? Or is it a hard pass from you? Respawn for the hundredth time in the usual place down below to let us know.