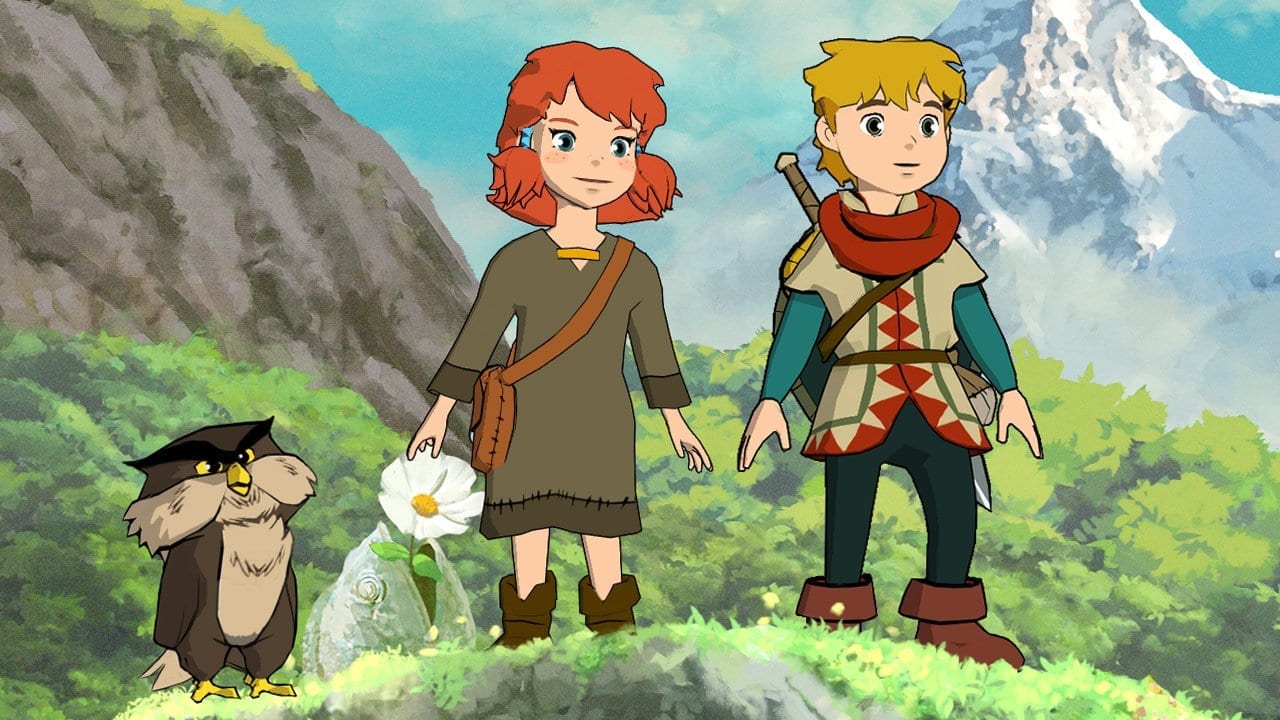 On Tuesday, Nintendo held a brand-new Indie World Showcase livestream that was 20 minutes long and pulled back the curtain on several new indie titles coming to the Nintendo Switch. If you missed out on the livestream earlier today and don’t feel like sitting through it, here’s every indie game that was shown off during the showcase.

Blue Fire is a 3D action-platformer coming to the Nintendo Switch in the summer of 2020. It’s being developed by a two-person team over at Robi Studios and it seems to take inspiration from adventure games like Zelda and platformers like Mario.

Baldo is a Zelda-like action-adventure RPG that’s full of puzzles and intricate dungeons to solve. The cel-shaded art style is very similar to Ni No Kuni, a JRPG from Level-5. It’s coming to the Switch in the summer of 2020.

A new title from Hollow Ponds and Annapurna Interactive, I Am Dead launches first on the Nintendo Switch in 2020. Explore the afterlife and dave your home from a volcanic eruption in this adorable puzzle game.

Bark is a family-focused cooperative shoot ’em up that features a variety of playable animals, each with different abilities. It’s a timed console exclusive and you’ll be able to check it out in late 2020 on Switch.

The brand-new adventure game where you can explore and solve puzzles will be coming to the Nintendo Switch in the summer of 2020 as a timed console exclusive. You can watch the trailer below:

Summer in Mara is a gorgeous farming adventure game with 30 islands to explore, a vibrant world, a day and night cycle, fishing, and much much more. It’s coming to the Switch in the Spring of 2020 as a timed console exclusive.

Nimble Giant Entertainment’s unique new first-person shooter will be coming to the Switch in late 2020. There will be 1v1 and 2v2 online multiplayer matches and thanks to a nifty time-traveling gameplay mechanic, you can change the outcome of a round.

The incredibly bizarre life sim game from Swery65, The Good Life, will be coming to the Nintendo Switch sometime in 2020.

This new indie game from the developers of No Man’s Sky, The Last Campfire, will have players controlling a creature named Ember who must find their way back home in this puzzle-solving, isometric adventure game. It’s coming to Switch this summer.

PixelJunk Eden 2 is a unique puzzle game with stages that will change and react based on how you play and will deliver a distinct sensory experience that can be played solo or with a friend via local co-op. That’ll be out on Switch in the summer.

This deck-building card game will feature a solo campaign, online PvP, online co-op, puzzles, and the Switch version will come with some cool cosmetic packs. You can check Faeria out when it launches later this March.

Eldest Souls is a gorgeous, retro-styled, top-down, Souls-like boss rush action game that will be coming to the Switch in the summer of 2020 as a timed console exclusive.

The 2019 horror title from Bloober Team will be creeping its way on over to the Switch this summer. You can read our review if you want to see what we thought about the first-person title.

Ghost of a Tale

Ghost of a Tale is coming to the Nintendo Switch in Spring 2020 and seems to be set in a medieval world where you play as a rat. It’s a third-person action-RPG so prepare to fight lots of other critters.

Sky: Children of the Light comes from thatgamecompany, the same team that gave the world Journey back in 2012. This title originally came to mobile devices last year but now you can play it on Switch this summer.

Sky Racket is toted as being the world’s first “Shmup Breaker” as you break blocks while you also shoot enemies on a 2D plane. Luckily, the game is out today so you can check it out for yourself if you like what you see.

Superliminal is a very trippy first-person puzzle game that released on PC last year but now you can play it on the Switch this summer when it releases.

Wingspan is a card game that’s all about birds. Yup, birds. You can play this one when it launches later this spring.

Exit the Gungeon takes place right the events of Enter the Gungeon and is a bullet hell tower climber and in a surprise announcement, the game is available today on Switch and PC.