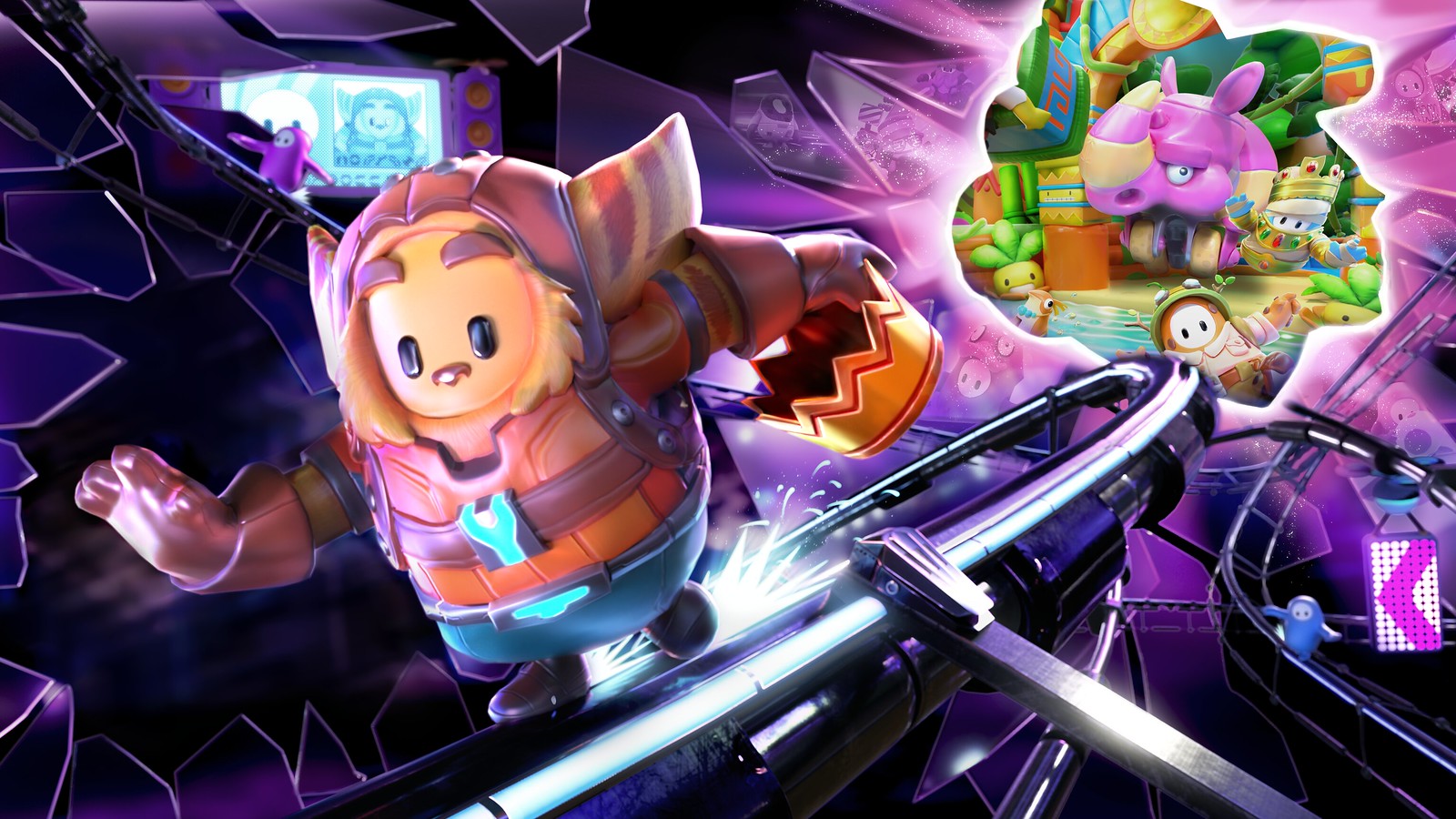 Fall Guys: Ultimate Knockout will be collaborating with Insomniac Games’ Ratchet and Clank for two limited time events over the next month for the platform battle royale title.

Announced in a PlayStation Blog post, the Lombax and robotic duo can be unlocked as cosmetic costumes in Fall Guys alongside themed banners, emotes, and patterns during two separate limited time events. There will be challenges to complete during the events and earning enough points can unlock the exclusive cosmetic items.

The first event focuses on Ratchet and takes place Monday, July 26 until Aug. 1. Here is what can be unlocked during that time:

The second event is Clank-themed starting Aug. 6 to Aug. 15 and this is what will be available:

Players who complete all challenges in both events will also earn a banner featuring Rivet, the Lombax resistance fighter from the recently released Ratchet & Clank: Rift Apart.

Fall Guys: Ultimate Knockout entered Season 5 earlier this week on PC and PlayStation 4 with new rounds in a jungle theme, rotating modes, and will feature limited time events with this collaboration being the first.