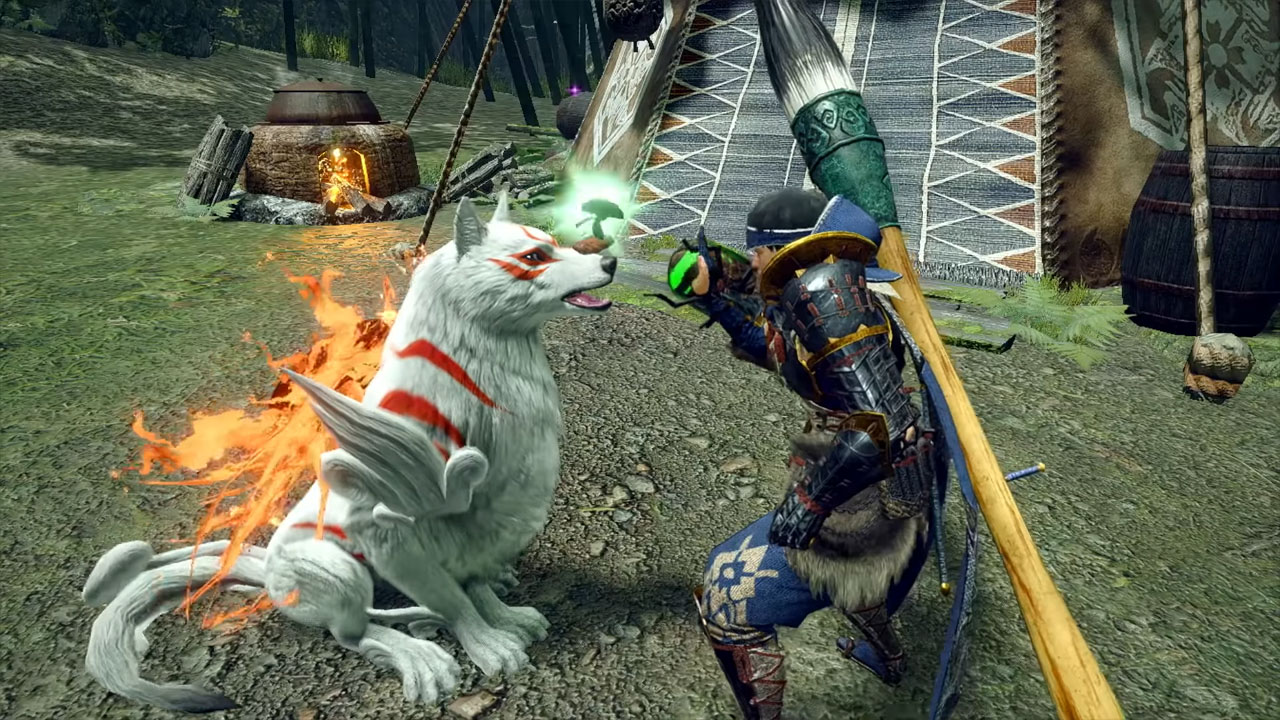 The armor, called Ammy Costume, changes your companion’s appearance to that of the classic white wolf, which represents the god of the Sun in Okami. Capcom released a trailer with Amaterasu showcasing the character in action attacking other monsters and serving as a mount for the player.

Since Okami used a cel-shaded art style that resembled a painting or a cartoon, it’s pretty cool to see details like Amaterasu’s fire in realistic style on Monster Hunter Rise. It has also been confirmed a Capcom Collab 3 in August and Collabs 4 and 5 by Fall.

Monster Hunter Rise has been a fully exclusive Nintendo Switch title so far, but it’s also coming out on PC sometime in 2022, around the first semester, although no release date has been confirmed so far. There’s a good chance that the Monster Hunter Rise PC version will just have all this DLC in the base version.