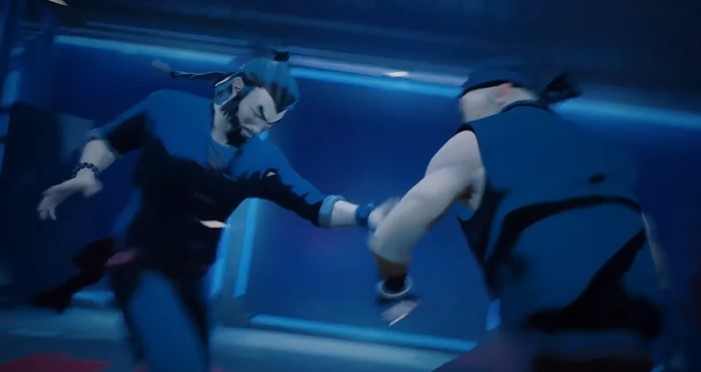 In this gameplay trailer, we see the main character start out at the age of 40. And by the end of the video, he has already turned 54-years-old. This is thanks to the aging mechanic in Sifu that helps you become more powerful with each death.

We learned about this gameplay mechanic when Sifu was revealed a few months ago, but it was never truly displayed in action. Each time we saw the main character die in the game, a counter would appear on the screen that displayed their age. Each death would make it go up by one or more.

Sloclap’s community manager, Felix Garczynski, shared more details about how the aging mechanic will work in Sifu in his PlayStation Blog post.

“…players will be able to restart instantly where they died and keep going forward like an unstoppable force of revenge. You cannot age eternally, however; eventually you will become too old and have to start your path again.”

It’s unclear how representative this trailer is of the visuals for the aging mechanic. But it’s at least a clear way to get across the message of how it works in action.

Besides the aging gameplay mechanic shown off in the trailer, Sloclap also showed off the ever so slightly changing environments that can be seen throughout Sifu. The trailer starts out with some basic grunts in a nightclub and gradually progresses to a couple of heavy enemies in what appears to be some kind of an empty lounge.

And even later on in the trailer, there are more exceptionally skilled kung-fu practitioners that the main character is shown fighting. Garczynski talks about how the, “…subtle evolution of your surroundings as you get deeper into the hideouts of your enemies is a strong theme throughout the game.”

At the end of the trailer, it was revealed that the release window for Sifu is being pushed back from 2021 to early 2022. Garczynski detailed Sloclap’s thought process going into this decision to move the release window into next year.

“We still felt earlier this year that we could make our original planned launch date, but as the deadline grew closer, it became clear that we wouldn’t be able to do so without putting the quality of the game at risk or creating huge pressure on the Sloclap team – and neither of these options were acceptable to us.”

If you want to check out the official gameplay trailer for Sifu, it can be found down below.

For even more PlayStation goodness, check out the full State of Play stream down below.