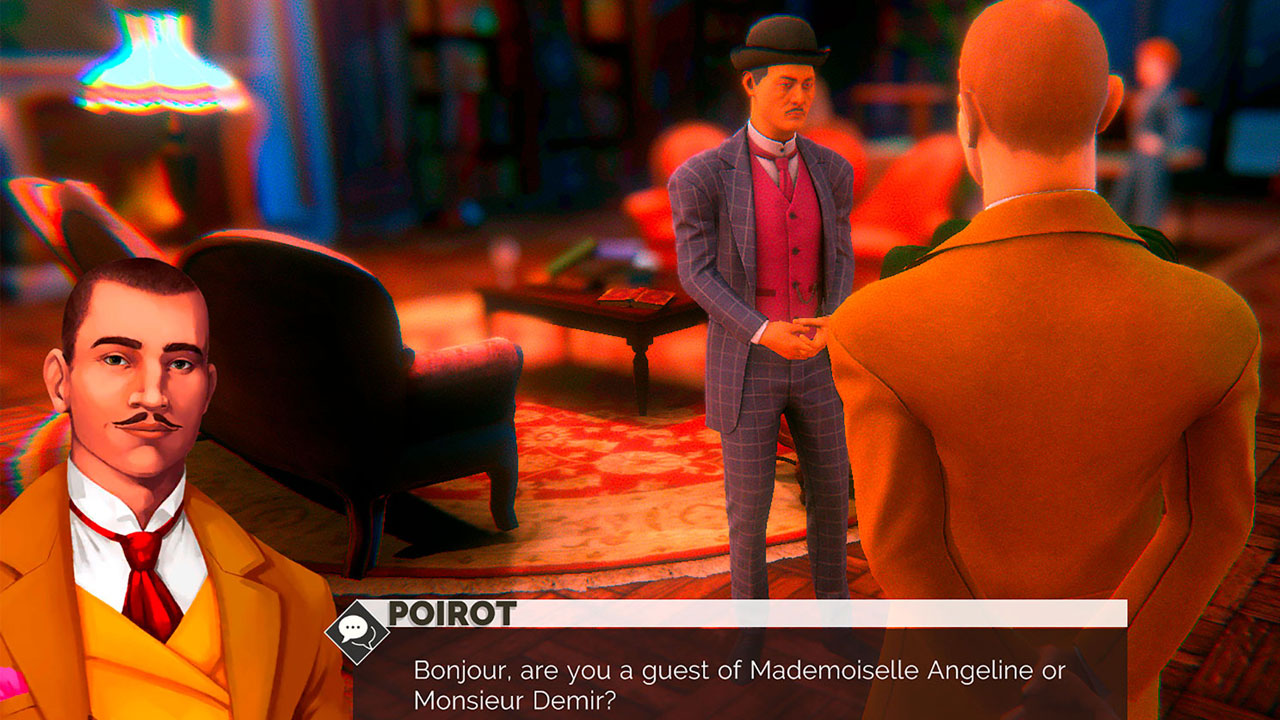 Agatha Christie – Hercule Poirot: The First Cases was announced by developer Blazing Griffin as a new game with an original story inspired by the works of Agatha Christie. In it, players will be able to become a young version of the famous detective Hercules Poirot.

The game is coming out Sept. 28th on PC, PlayStation 4, Xbox One, and Nintendo Switch, compatible with PlayStation 5 and Xbox Series X|S. We got a little teaser with tidbits of gameplay.

Fans of Agatha Christie know Poirot well, but here we have a new version of the character as he needs to solve one of his first cases. The story takes place in pre-war Belgium, where the influential Van den Bosch family hosts a reception to announce their daughter’s wedding. After a snowstorm hits and guests have to take shelter inside, things go full Agatha Christie with a murder.

The gameplay will involve investigating the manor, finding its mysteries, and questioning all the suspects to bring out their secrets and rivalries. Everything Poirot learns gets added to a “mind map” from where the player can link clues and draw their own conclusions. It’s up to Poirot to find out who had the motive, the means, and the cold blood in a plot that promises to live up to Agatha Christie’s style with its fair share of intricacies and an unexpected ending.

Blazing Griffin is the developer behind some popular investigation games like Murder Mystery Machine, The Ship: Remasted (nope, not a typo), and Murderous Pursuits. Agatha Christie – Hercule Poirot: The First Cases was developed in partnership with Agatha Christie Limited and will be published by Microids. You can check their official site here. They will also publish Flashback 2 in 2022.

The “Queen of Crime” has had a lot of games based on her work throughout the years, but most recently players might remember Agatha Christie: The ABC Murders for PS4, Xbox One, Android, iOS, and PC. To see Hercules Poirot in movies, your best bet would be the not-so-great 2017’s “Murder on The Orient Express”, but some movies have done it better with the same formula, like 2019’s Knives Out and a couple of others.