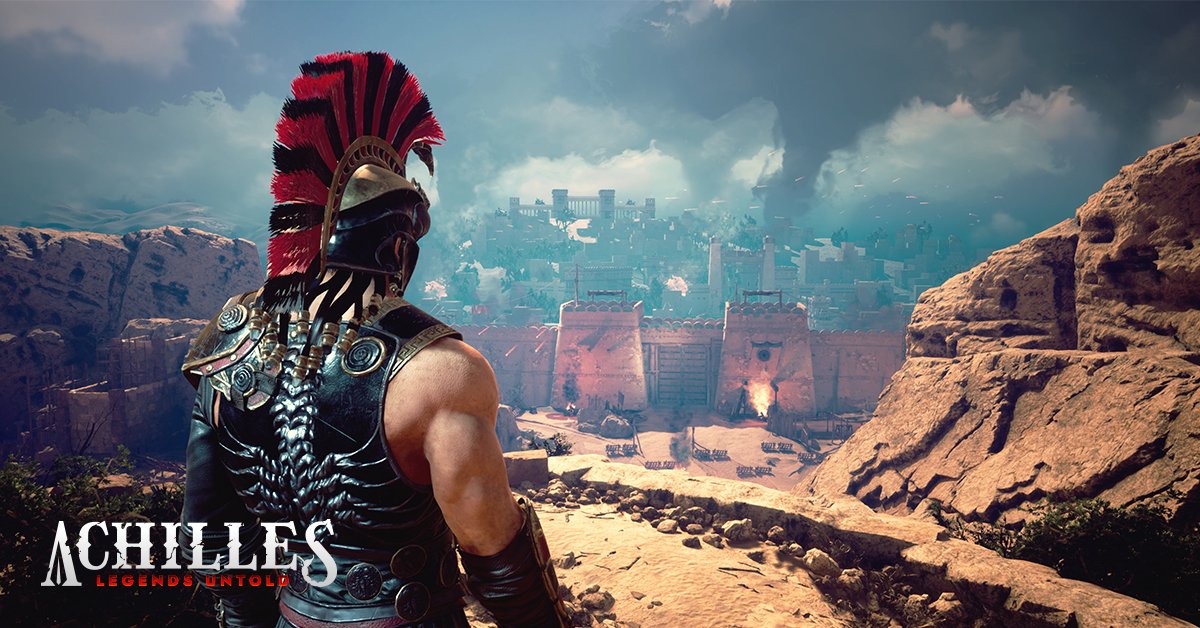 Earlier today, Dark Point Games announced in a Twitter post that their first game, Achilles: Legends Untold, is in development.

Taken from Greek Mythology, you play Achilles, the hero of the Trojan War. With the help of the god of blacksmiths, Hephaestus, Achilles must forge new weaponry throughout his journey. He is tasked by Hades with executing Aries, the god of war.

This mission will force him to venture through mythological lands to fight warriors, beasts, and demigods to prepare himself to take on the god of war. Gameplay centers around hack-and-slash elements, taking inspiration from games like Dark Souls and Diablo, as you’ll battle monsters and other enemies in this isometric action RPG,

The announcement comes with a reveal trailer showcasing the gameplay, story, and co-op functions, all of which you can see below.

Dark Point Games stresses the implementation of their own creation called the GAIA System: an innovative AI system that makes the enemies unpredictable and more lifelike. Along with the GAIA system, the trailer showcases enemies’ ability to coordinate attacks with each other to create even more interesting gameplay.

There is a skill system in place that makes use of constellations in the sky based on Greek mythology. The points can be spent to unlock new skills and upgrades as well as completing the star constellations for the Greek legend. This can create a customizable playthrough for any player’s playstyle.

Every playstyle is described as “easy-to-learn but hard to master experience,” allowing for there to be a challenge to veteran players of this genre of games while also being welcoming enough for new players.

Polish studio Dark Point Games are a team of veteran game designers from various studios such as THQNordic, the studio behind the games Biomutant and Remnant From the Ashes. Set to release at the beginning of 2022, Achilles: Legends Untold can be wish-listed today on Steam.