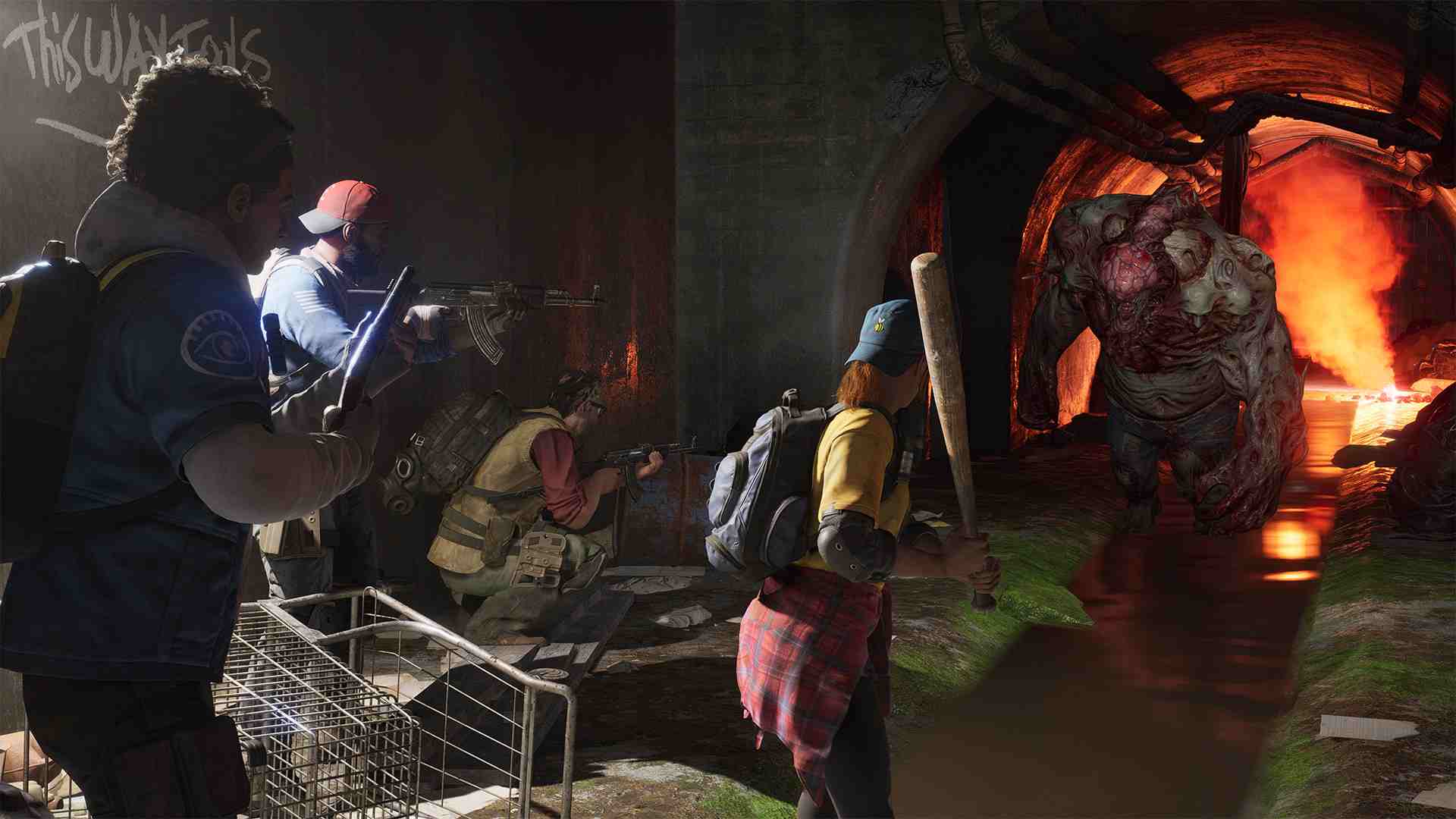 Specifically, the new teaser trailer pulled back the blood-drenched curtain on a never-before-seen boss that will feature in the upcoming team-based first-person shooter. Go ahead and feast your eyes on said footage down below:

As you can see, the new boss turns up near the end of the teaser and looks like a hulking leviathan-type enemy. It’ll likely take a small army to bring down, or a smaller well-coordinated team of zombie-slaying badasses. Long story short, you’ll probably need a bigger gun. In fact, you may just need a tank. Like, seriously.

In addition to the new trailer, Geoff Keighley also confirmed that an open beta for the game will drop on August 12.

For those unaware, Back 4 Blood is from the creators of the critically acclaimed and commercially successful Left 4 Dead zombie-killing franchise. In other words, Turtle Rock is a long-established developer that has a proven track record crafting excellent team-based co-op shooter experiences. And Back 4 Blood looks like it’s shaping up to be the studio’s next big smash hit.

If you want to get to know the characters that’ll feature prominently in Back 4 Blood, go ahead and check out last month’s trailer here. And if you’d like to see more of what was announced during the Summer Game Fest livestream, feel free to check out the full recording of the event here.

But how about you? Tell us, will you be diving into Back 4 Blood’s new beta on August 12? Or will you be giving the game a hard pass? Team up and vanquish the undead in the usual place down below.