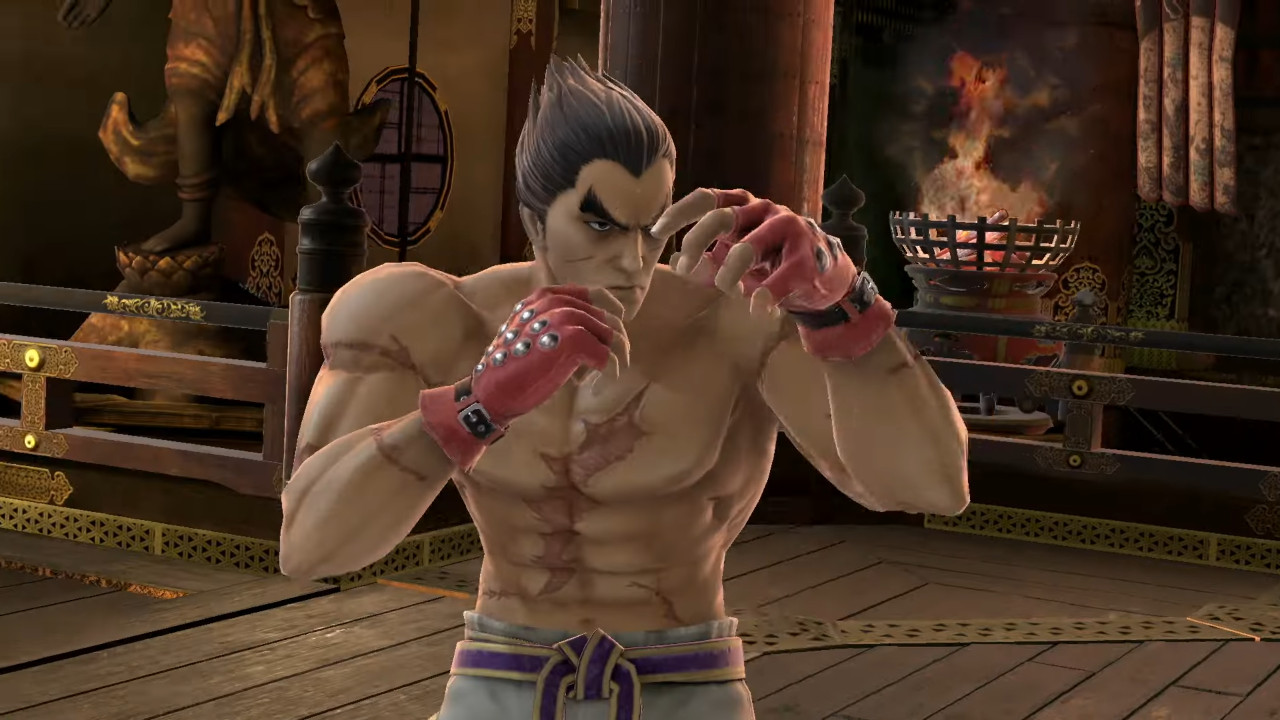 Tekken’s Kazuya Mishima was revealed to be the next DLC fighter for Super Smash Bros. Ultimate during Nintendo’s E3 Direct just a few weeks ago. Today, Masahiro Sakurai has provided us with the usual breakdown that comes with new characters. He goes through Tekken’s history, Kazuya’s moveset, and more in this new Smash Ultimate video.

Kazuya has many of his signature moves from Tekken (with altered names for their use in Smash), including Devil Blaster, Electrics, and even a Rage Drive move. Some of his Tekken inputs can also be used, just like with the other fighting game characters on the roster like Ryu, Ken, and Terry. He also comes with a new stage and songs from the Tekken soundtracks.

Additionally, Mii Fighter costumes are coming to the game as well. This time, you can dress up your Mii as Lloyd from Tales of Symphonia, Dante from Devil May Cry, Shantae, and the Dragonborn from Skyrim.

You can check out everything mentioned above and more in Kazuya’s Smash Ultimate breakdown video below:

If you’re interested in grabbing Kazuya along with a few other new DLC fighters, you can purchase the Super Smash Bros. Ultimate Fighters Pass Vol. 2 right here on Nintendo’s website.