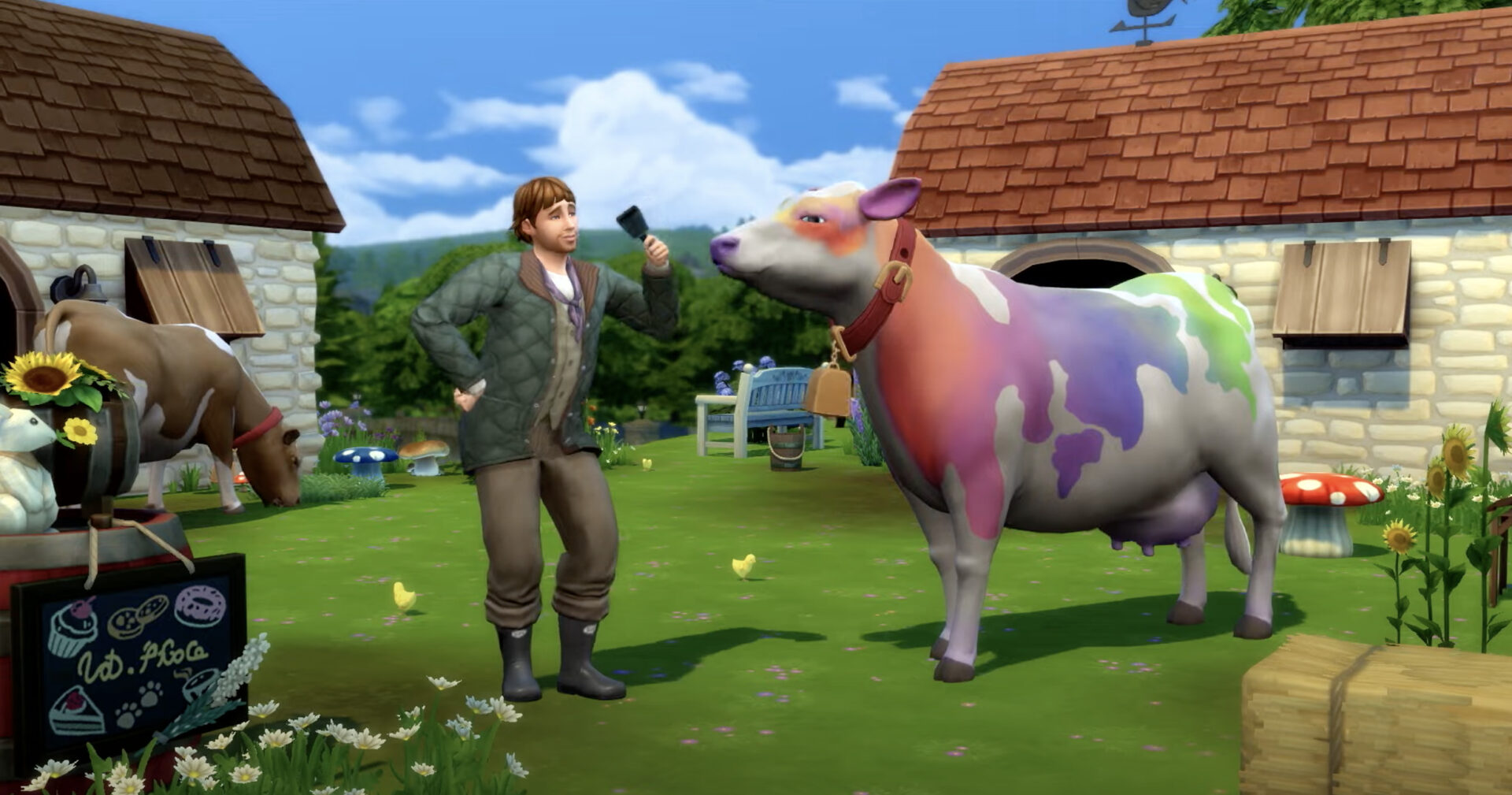 Simmers have been asking for an expansion for The Sims 4 that would include farming, and now they are getting one! The Sims 4 Cottage Living has just been revealed and it looks GORGEOUS. From the beautiful scenery to the various new animals added, we think this may be one of the best new packs yet.

Check out the reveal trailer below to see for yourself!

It seems that with this new pack a new world known as Henford-on-Bagley will be added to the game where players can experience the perfect country life with their Sims. The infamous Crumplebottom family will be making their return in Henford-on-Bagley, so brace your Sims!

Your Sims will be able to build themselves adorable little cottages and decorate the interiors with a variety of new furniture to choose from. They can sing with birds, go to picnics, and do all the whimsical things countryside Sims should be able to do. Sims will also be able to sport some new country-appropriate clothing from sweaters with mushrooms on them to typical farming outfits.

The most anticipated part of the pack will without a doubt be the new animals. From alpacas or llamas to bunnies, chickens to cows, and interactions between all of them that are cute and maybe just a tad silly. A fox trying to hunt one of your Sims’ bunnies? No worries, the family llama will spit it away.

Sims will be able to interact with their animals in The Sims 4 Cottage Living, taking care of them and partaking in normal farm duties such as milking their cows or collecting their chickens’ eggs. Did we mention your Sims will be able to dress their farm animals up in precious sweaters? What more could you ask for when you have a chicken wearing a rainbow top?

Nothing has been shown regarding horses, but your Sims will be able to ride around on stylish bicycles. It seems that special animals are also a part of the pack, as a rainbow cow is shown at the end of the trailer. This could be a simple custom color situation, or it could be something else like the unicorns were in The Sims 3!

As for farming itself, your Sims will be able to set up some of their land for crops, and participate in market competitions. The trailer shows all sorts of cool vegetables on display, and contests such as one for the biggest pumpkin grown.

If you’re interested in the pack, be sure to buy it by September 2 to receive in-game exlusives such as a scenic bicycle and a gnome featuring a chicken! The pack itself will be released on July 22, but you can always preorder it. We know we can’t wait to farm with our Sims.