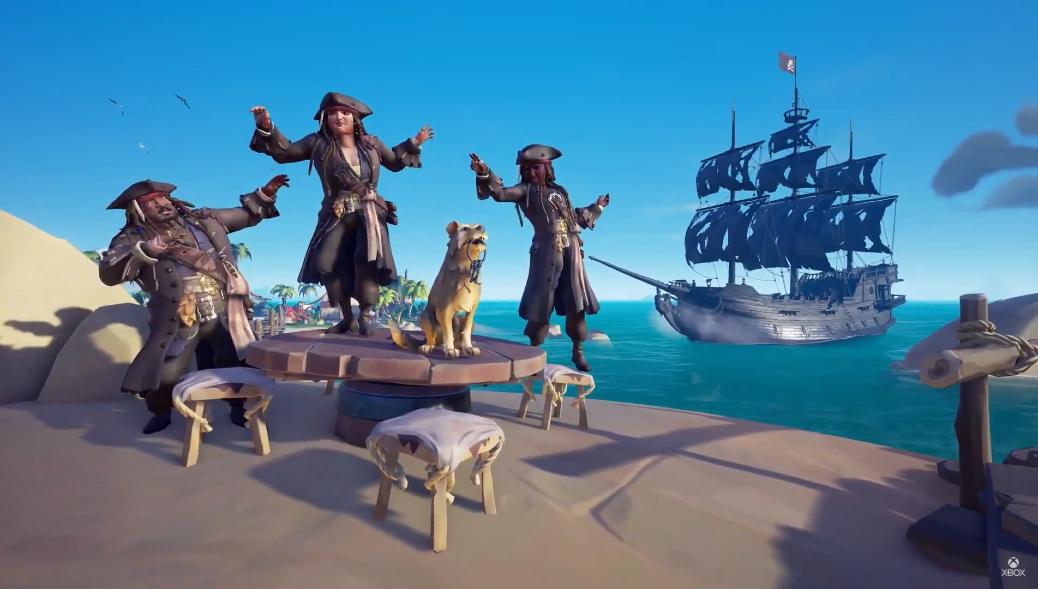 Today, during the Xbox Games Showcase Extended, Rare showed off a brand new gameplay trailer for their upcoming collaboration, Sea of Thieves: A Pirate’s Life. In the video below, you’ll see everything the new update brings to the game.

In this new update, players will experience a new story, as they free Jack Sparrow from his prison, witness the power of the world’s greatest Pirate Treasure, and battle Davy Jones to prove who the best pirate of them all truly is

. Alongside this story, there will also be plenty Pirates of the Caribbean cosmetics, allowing you to cosplay as Jack and even dress up your ship to look like the Black Pearl.

Sea of Thieves: A Pirate’s Life is coming for free to all players who own the game on Xbox One, Xbox Series X, Xbox Series S, and PC on June 22.

Anyone unfamiliar with the game can read the official description for Seas of Thieves below.

If you’re curious about the other games showed off during Xbox Games showcase extended, Twinfinite has got plenty of ongoing E3 coverage. Be sure to check back to the site for consistent updates for everything you could ever want or need about all of the events that are occurring throughout this weekend.