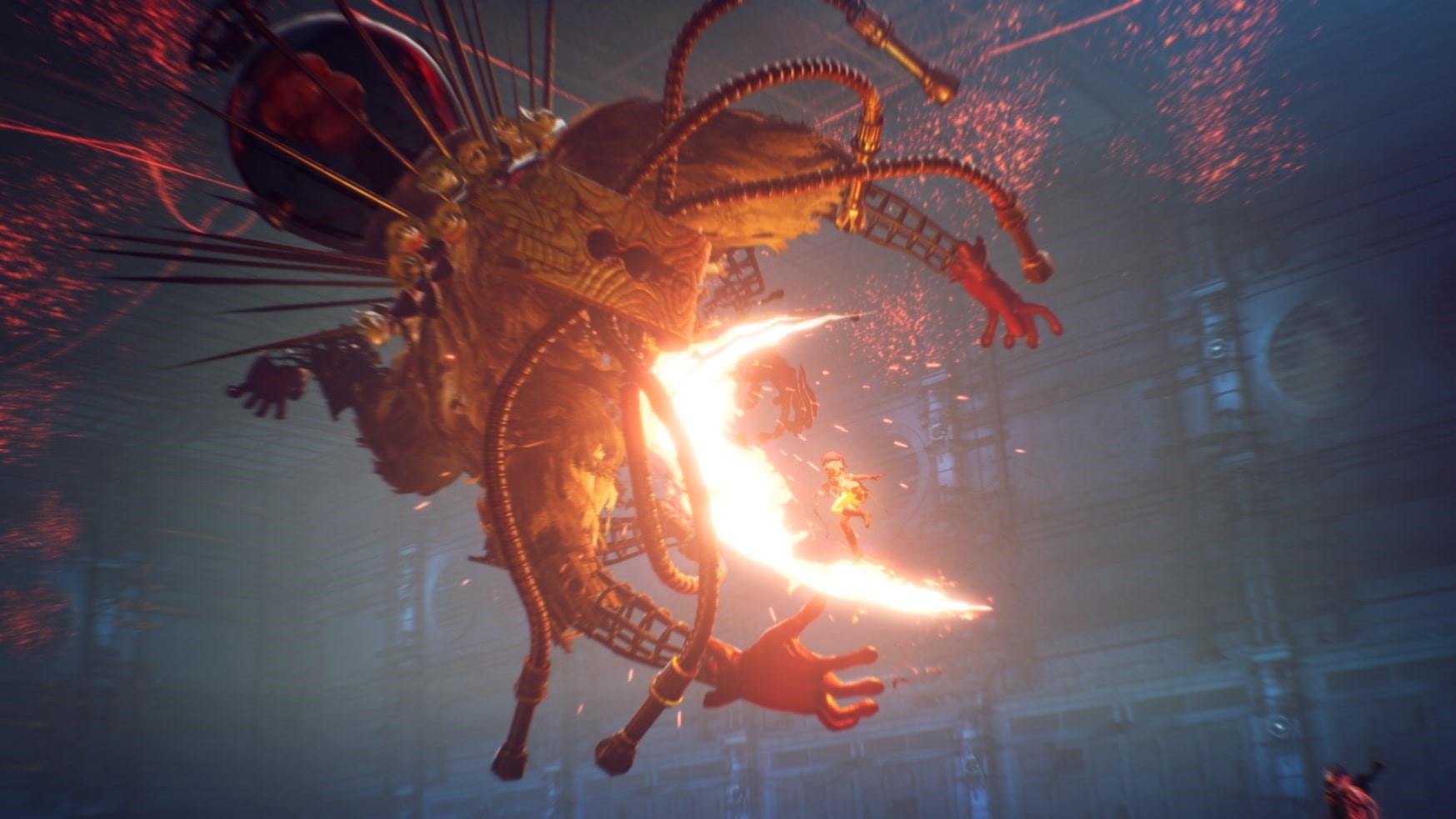 How to Beat Gunkin Fisher Boss in Scarlet Nexus

Gunkin Fisher is like Gunkin Perry’s annoying younger cousin. It’s more mobile and has a few more tricks up its sleeve that’ll make you rethink your strategy a couple of times. But in the end, the approach here is almost the same.

The two are similar, right down to the design. It even has oil on its back, just like Gunkin Perry. Avoid the oil just like in the Gunkin Perry boss fight because, once again, it’ll prevent you from dodging if you get drenched in it. Most of its attacks are the same as Gunkin Perry’s, including the melee swipes, the leap, and the oil shots.

Eventually, Gunkin Fisher will cling to the ceiling. It’ll drop oil-based fish that home in on you, so make sure that you’re always moving at this point. Jump and dodge to avoid the tiny fish until Gunkin Fisher is stationary. Once it stops moving, it’ll use a hose to spray oil in a direct stream, so stay in motion to avoid it. Once this move ends, it’s your chance to counterattack.

Use your special Psychokinesis throw to pull it down off the ceiling and significantly lower its crush gauge by attacking its newly exposed organ on its back. Look to perform Brain Crush attacks to do major damage once the crush gauge is empty, and aim to repeat this process until you defeat it.

Offensively, attack with Hanabi’s Pyrokinesis to light the Other on fire and deal extra damage. Use the other three SAS abilities defensively — Gemma’s Sclerokinesis to negate damage, and Tsugumi’s Clairvoyance mixed with Luka’s Teleportation to close the distance while dodging attacks and counterattacking.

Make use of your own Psychokinesis to throw debris at the oil container on the Other’s back as well. You can also reach the oil container by pressing A + X on Xbox or X + Square on PlayStation to start an aerial combo that’ll reach this big weak spot while it’s on the floor.

That’s everything you need to know about how to beat the Gunkin Fisher boss battle as Yuito in Scarlet Nexus. For more tips, tricks, and other general info, check out our guide wiki for the game.