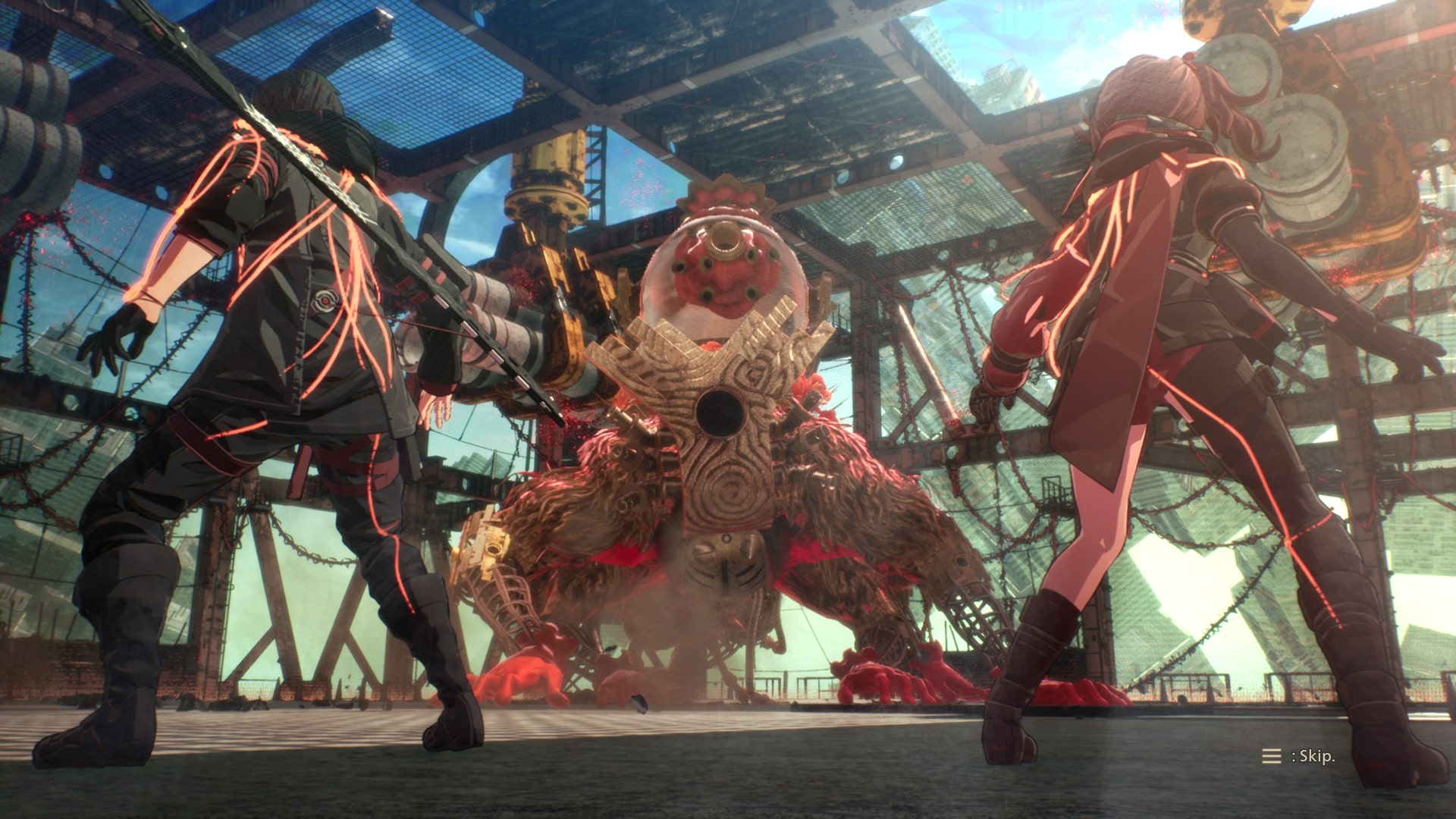 Scarlet Nexus puts you in control of a number of extrasensory powers, but with great powers comes tough boss battles. If you need some tips on what to do against the first boss in the game, we’re here to help. Here’s how to beat Gunkin Perry as Yuito in Scarlet Nexus.

How to Beat Gunkin Perry Boss in Scarlet Nexus

The Gunkin Perry is a Major Other, and Yuito’s first boss fight. It’ll just be you and Hanabi for this one, but that’s all you’ll need to take this thing down.

First and foremost, the boss has a few attacks that you need to watch out for. It’ll swipe at you or spin if you get too close to it, and you may notice that it has a container of oil on its back. That’s the dangerous part here, as it’ll occasionally shoot oil at you from a distance.

Getting drenched in oil prevents you from dodging, making you more vulnerable to the Gunkin Perry’s melee attacks. A neon symbol appears over your head when the oil status effect is on you, but try to avoid that at all costs.

Your goal here is to use your powers to drop the concrete pipes hanging above the area. These construction materials can be pulled down using Psychokinesis by holding down LT on Xbox or L2 on PlayStation — but this can only be done when the Gunkin Perry is directly below them.

The boss has an attack where it leaps toward you, and that’s the move you want to bait out. Stand underneath the construction materials you want to drop, and the Gunkin Perry should eventually leap right into place as you dodge using Circle on PS or B on Xbox. Then, hold LT/L2 to pull the materials down on top of the Other. It’ll fall and stay stationary long enough for you to do some major damage with Hanabi’s Pyrokinesis SAS ability.

Activate Hanabi’s ability, then use a mix of melee attacks and Yuito’s Psychokinetic follow-ups to throw objects littered around the area and lower the boss’s health quickly.

Repeat this process while remembering to avoid the oil that it shoots at you from a distance. When its health gets low enough, it’ll shoot more oil at once in a spread pattern, but you should still be able to dodge that quite easily.

That’s everything you need to know about how to beat the Gunkin Perry boss fight as Yuito in Scarlet Nexus. Be sure to check out our guide wiki for the game for more tips, tricks, and other general info.