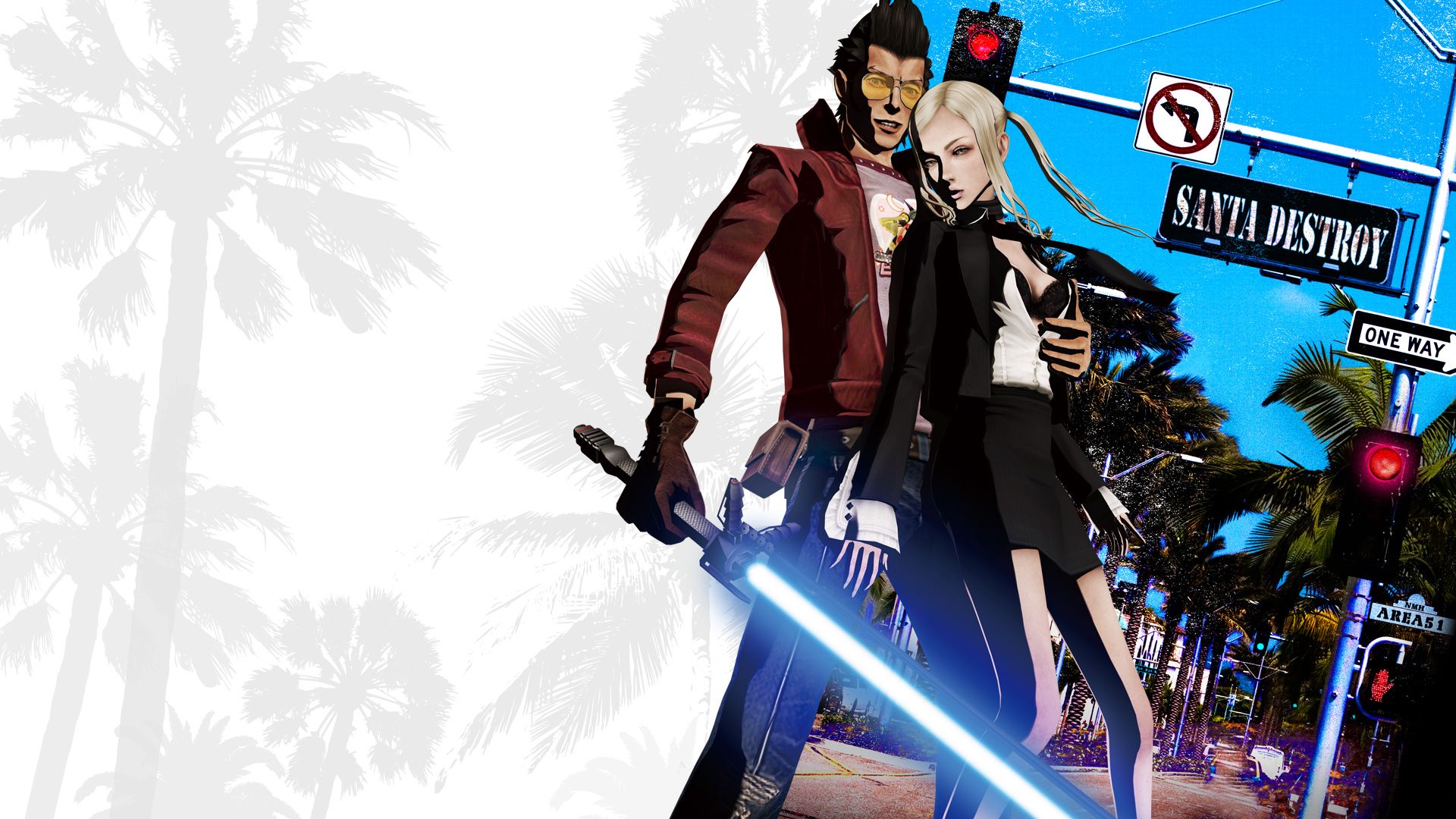 To be precise, both games will launch on Steam on June 9, allowing players to enjoy the adventures of Travis Touchdown on a completely new platform.

You can watch trailers for both games below.

Listing pages for both No More Heroes and No More Heroes 2: Desperate Struggle are already open on steam and you can read official descriptions below.

“The name’s Travis Touchdown. Buckle up, ’cause this is how my story began.

It all started the night I was out drinking with some smokin’ hot chick at the bar. Before I knew it, I was ranked #11 in the UAA (that’s United Assassins Association)–with ten suckers standing in the way of me being #1.

I’ve got my trusty beam katana in one hand to take care of the small fries, and the other one ready to hold my girl once I take my place as the best assassin the world’s ever seen.

It’s a long way to the top, but this all-American otaku won’t stop until he’s #1, baby!

The classic slice-and-dice, nonstop action of No More Heroes has been given the HD makeover it rightfully deserves! Get ready to cut down legions of foes and square off against a cast of rival professional killers just oozing personality as you slash a path to victory.

But it’s not all hack-and-slash insanity! When you’re not fighting for your life, you’ll do part-time jobs to buy new merch, undergo training to power up for the next ranking battle, and take your tricked-out motorbike for a spin through the streets of Santa Destroy.”

“Travis Touchdown here. It’s been three years since I clawed my way to #1 in the United Assassins Association. I thought it’d be fine to take it easy for a while after that, but it looks like I rested on my laurels a little too long. I found myself sliding down the ranks all the way to #51, and to make things worse, some other assassin—Skelter Helter—comes out and starts nagging my head off about me killing his brother or something. So yeah, a real pain in the you-know-what.

Fueled by a thirst for vengeance (and a bit of good old-fashioned greed), I whipped out my beam katana once more and plunged headfirst into one helluva desperate struggle.

Experience the frenetic hack-and-slash gameplay of the sequel to No More Heroes in glorious HD! With more characters to play as and even more foes to stand in your way, there’s never a dull moment in the world of No More Heroes 2: Desperate Struggle.

Featuring three playable characters, the ability to dual-wield beam katanas, and even bigger baddies to battle, this sexy sequel is a wild ride with more to love than ever before.

Kick back, grab a slice, and get ready to dive into a mind-melting drama the likes of which you’ve never seen!”

Incidentally, No More Heroes 3 will launch in August, but for now, that’s still a Nintendo Switch exclusive.